Which Darkest Dungeon Class are you? 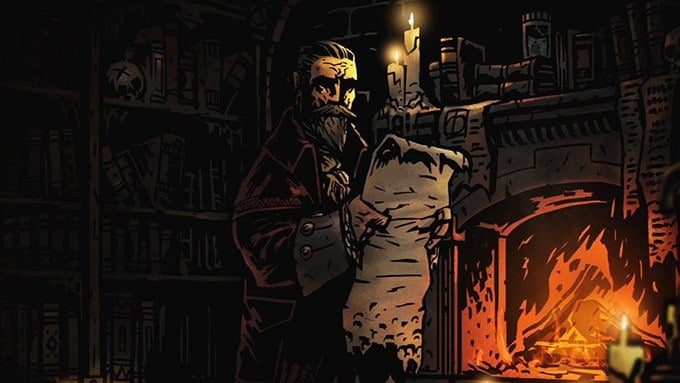 1. You’re deep in the dungeons and you see a suspicious-looking door. There might be treasure there. You:

2. You’re about to enter the decrepit ruins. You’ve been there dozens of times, but somehow, you feel like this time it will be different. You:

3. You finally return to town after a gruelling journey. You barely made it out alive. You’re dirty and a bit shaken, but apart from a few bruises, you’re fine. It’s time to blow off some steam. You:

4. What do you seek in the ruins of the estate?

5. What’s the one distinguishing thing that gives you the upper hand in battle?

6. While navigating the warrens, you’re surrounded by a group of swine monsters. The line is broken because the party is caught by surprise. In a moment of clarity, you:

7. A creepy, ominous-looking book catches your eye while exploring. It’s almost as if it’s winking at you to check it out. Who knows what twisted knowledge the book contains. You:

8. The party decides to set camp for the night during an arduous mission. How do you help your companions?

9. Do you prefer working alone or in a team?

10. You’re walking down a dark, damp hallway with apparently no end in sight. It feels like danger could be lurking around every corner. Noticing the tension, you:

Which Darkest Dungeon Class are you?
Grave Robber 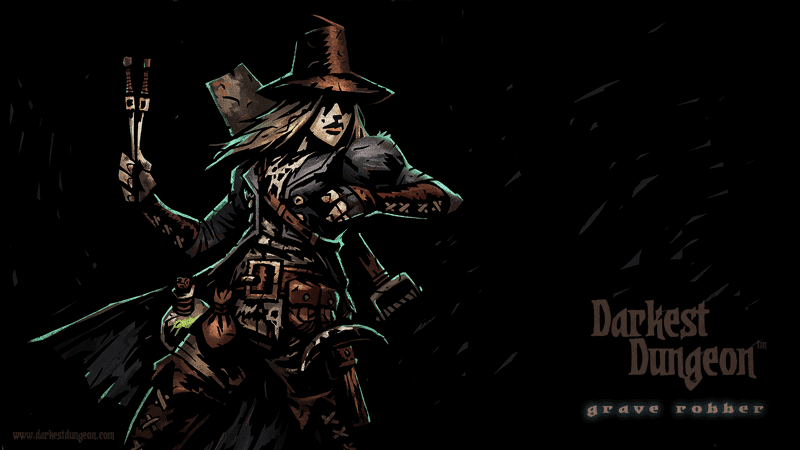 In combat, the element of surprise can make the difference between victory and defeat, so you value mobility and dexterity above anything else, even protection. You strike from the shadows and retreat before anyone notices you were even there. But this doesn’t mean you can’t handle yourself in a one-on-one fight. After all, the trusty pickaxe that you use to empty tombs and graves of trinkets can just as easily break an enemy’s skull.
Man-at-Arms 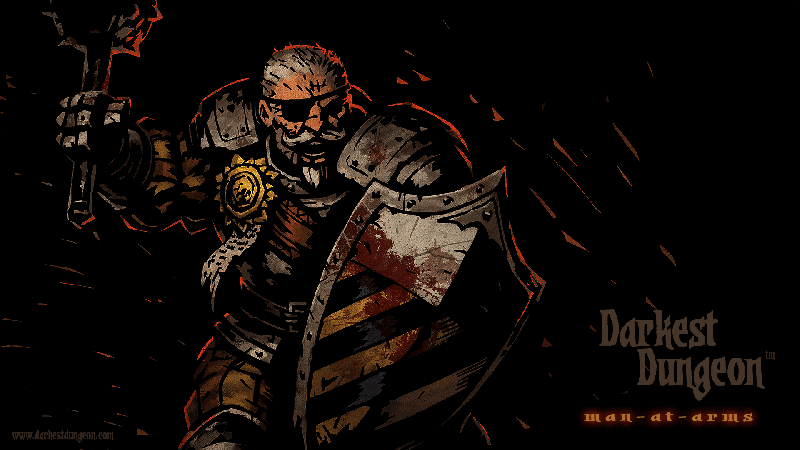 Your eyes have seen more war and bloodshed than perhaps all the other heroes venturing in the Darkest Dungeon for fame and riches combined. Your back hurts, your joints ache, and you’ve lost count of your battle scars a long time ago. Most people in your position would’ve hung their swords on the wall and enjoy retirement, but not you - there are always more battles to win. You’re way past your youth, but far from obsolete. A seasoned veteran of combat, your years of battle experience has blessed you with an inhuman amount of stoic resilience and focus. You lead and encourage your fresh-faced companions with your immovable and commanding presence. As long as you stand, the line will never break.
Highwayman 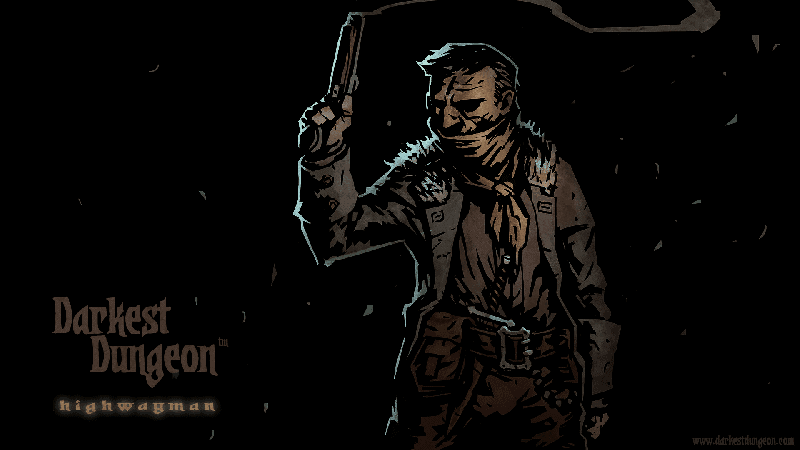 An ex-thief, rogue and thug seeking redemption, you had to work really hard to earn the trust of your companions. However, your years of stalking the roads for caravans to plunder and dealing with unsavory figures from the criminal underworld have blessed you with street-smarts and a high degree of situational awareness. While the former doesn’t have much use now, the latter helps you and your companions navigate the treacherous, monster-filled, trap-ridden environment of the estate.
Hellion 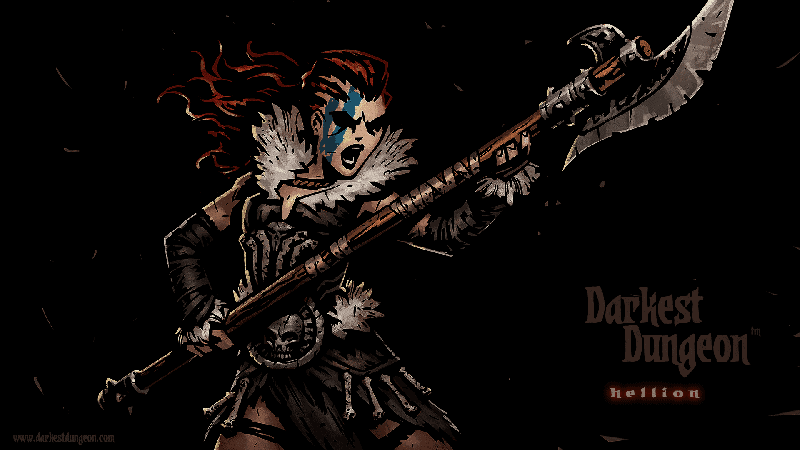 You live to spill blood - there’s no other way to put it. You’re wild, unpredictable, and utterly terrifying. You’re the quintessential warrior, charging ahead first and asking questions later. That’s not to say you lack any sort of technique. Your massive glaive gives you immense reach in combat, allowing you to scramble enemy lines with a mere swing, while its razor-sharp edge causes lasting, bleeding wounds on enemies - human or otherwise. Your unrelenting rage makes you a powerful ally against the unspeakable horrors of the Estate.
Leper 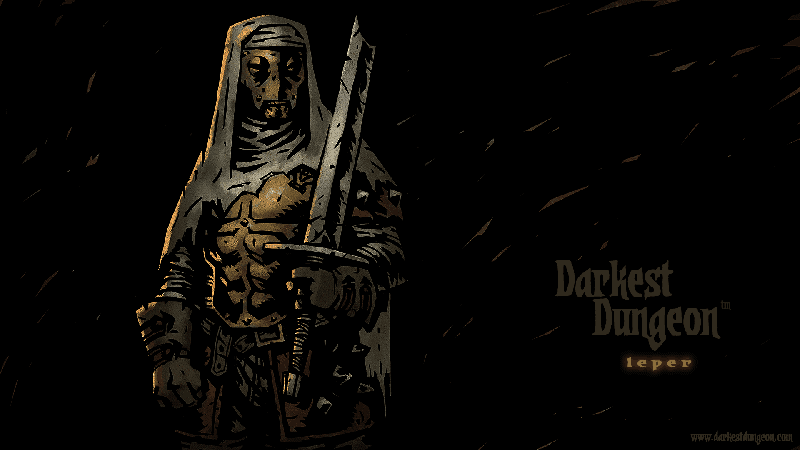 A loner, outcast, poet, warrior, a broken man. Your life is defined by the struggle against your disease, and its futility. The disease has ruined your body beyond repair, a thing which causes great distress to your companions. In fact, your life is a constant struggle to keep yourself alive for for a little bit longer, at least until most of the monsters you swore to destroy are slain. However, you’re not only fully aware of your disease, you embrace it fully. Living a tortured existence has taught you that it’s always better to rely on yourself more than any others. While you don’t need the aid of others to survive, your horrible disease has made you empathetic to the struggles of others, and your presence can be as calming and reassuring as it can be distressing. And when everything else fails, when that big sword of yours hits something, it stays hit.
Plague Doctor 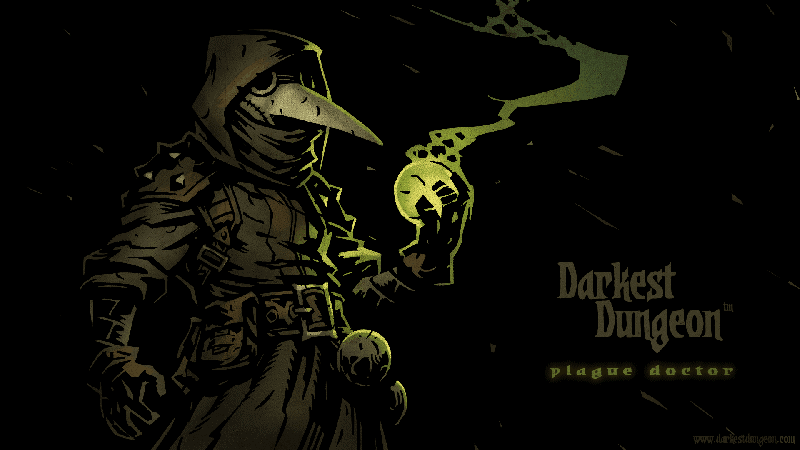 A doctor, scientist, researcher and intellectual. These are the four big words that best describe you, though few take you as an intellectual after seeing your sharp-sharp knife and wide assortment of poisonous grenades and darts. Owing to your background, you prefer to hang back and harass enemies with plague-filled grenades, poison bombs and venomous darts. You concoct these yourselves, but only the gods know where you get the supplies. Your shrewdness, wit, as well as your critical and rational thinking, makes you a valuable asset in the dungeons. You’re highly respected not only for your ability to poison and spread confusion in the enemy ranks but also for your medicinal herbs.