Grand Theft Auto Quiz: Which GTA Character Are You?

1. You scored big after a heist. What do you do with all that money?

2. You’ve gathered all of your associates together to discuss the next big job. What’s your approach?

3. Word on the street is that one of your closest associates has been snitching to the FIB for the past couple of years. You:

4. One of your associates has been acting erratically. He’s refusing to follow orders and directions and his drug-fueled antics are beginning to attract the attention of the police and affecting your outfit’s credibility in the criminal underworld. You:

5. You’ve gained a reputation on the streets for your:

6. What’s your weapon of choice?

7. During a heist, you happen to score something ‘’extra’’. That something happens to be a large quantity of pure, uncut cocaine. You don’t know who it belongs to, so you decide to:

8. You’re tipped by your contact in the police that the Feds have a warrant with your name on it and they’re about to raid your facilities:

9. During a mission, what’s your stance on hurting civilians?

10. What’s your vehicle of choice? 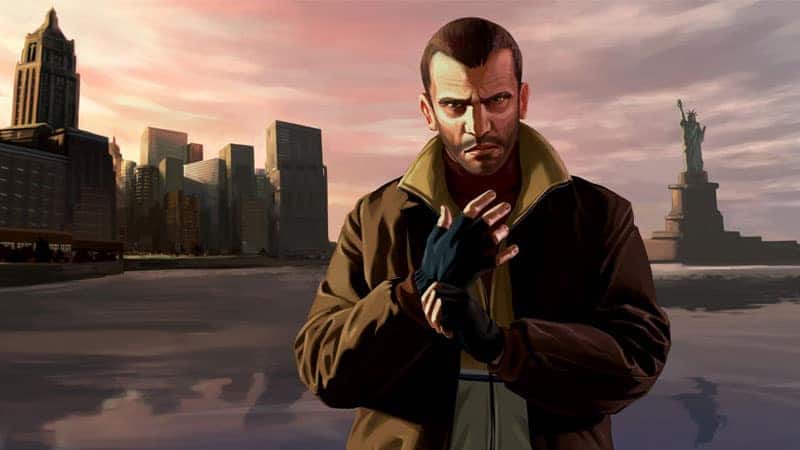 There’s no easy way to put this - you were never destined for greatness. Born in the poorest and most decrepit corner of Eastern Europe, your life has been marked by trauma, suffering, and hardships. Your stint in the military during an unnamed war, where you witnessed and perpetrated numerous atrocities, as well as your time spent working for the Balkanic criminal underworld have left you with a cynical and pessimistic outlook on life.

After being wrongfully accused by your former employer for crossing him, you accept your cousin’s invitation and flee to Liberty City to start a new life. Realizing that his stories of riches and success were fabrications, you soon fall back into your old habits and start working for the city’s criminal groups.

Though your view on life is (understandably) pessimistic and your criminal peers view you as a cold-blooded killer, you are fiercely loyal and protective of loved ones. You are a true professional, always focused on the job at hand, no questions asked.

Though quick to anger when your loyalty and competence are put into question, you often attempt to resolve conflicts without the use of violence. Your military skills such as close-quarter combat and helicopter piloting make you a valuable asset to Liberty City’s crime families. 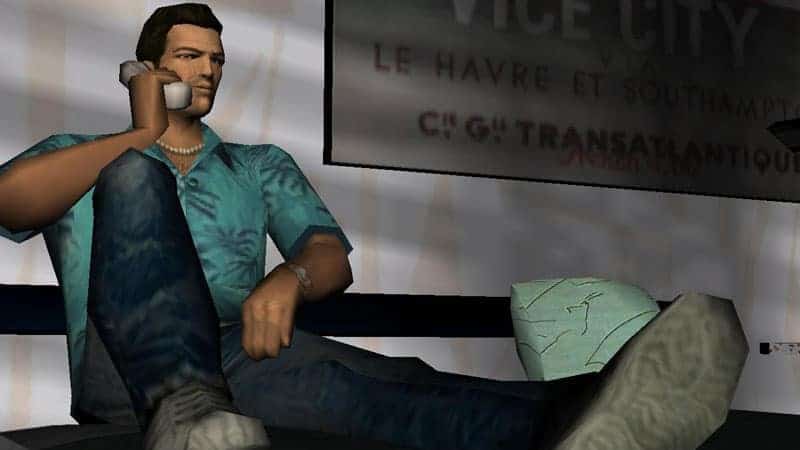 A Liberty City mafioso through and through, you’ve just been released after loyally doing 15 years for the crime family. You are immediately dispatched to Vice City, where longtime friend and Mafia boss Sonny Forelli to participate in a drug deal. Things turn sour, and after losing both the money and the package, you are ordered by Sonny to stay there for a while and seek business opportunities and repay the debt.

Owing to your line of work, you are quick to resort to violence, though many of your victims are in turn trying to kill you or have done something that requires them to be killed. Intelligent, hard-working and ambitious, you prefer to take matters into your own hands than delegate tasks to others.

Despite your volcanic temperament and having no moral qualms about killing, you are loyal, caring and trusting to friends and associates, with one of your close friends once quipping that “for a raging lunatic, you sure are naive”. 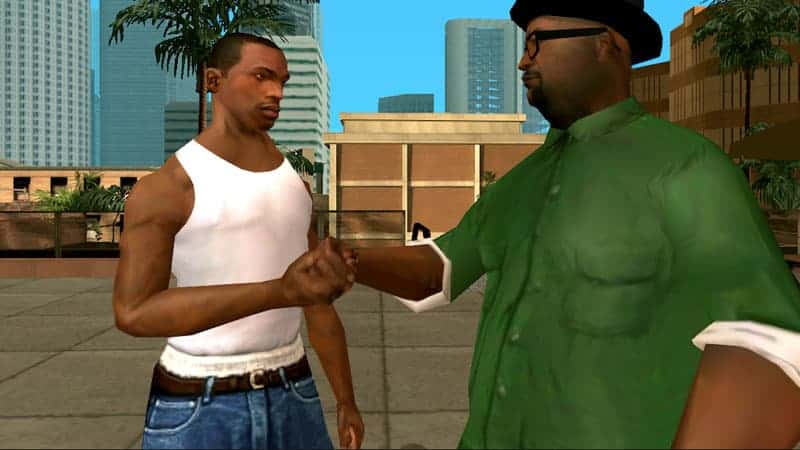 Out of all the main players in the GTA universe, you have a considerably less violent personality. A former gang-banger with a heart of gold, you left gang life behind after the accidental death of your brother to pursue other ‘’work’’ opportunities in Liberty City. However, you were forced to return to Los Santos after your mother was tragically murdered in a drive-by shooting.

The crew that you and your brother once ran is a shadow of its former self, brought down by rival gangs who didn’t hesitate to cash in on the crack epidemic.

Though your naivete and inexperience has led some people to question your level of intelligence, you stand out from your peers due to your shrewd business sense, resourcefulness and flexibility. Fiercely loyal to the hood and your roots, you still seek opportunities beyond it, unlike fellow gang members who seem stuck in their old ways. You also offer targets a chance to redeem themselves before killing them.

On the flip side, people who are seeking to sabotage your business interests and loved ones are swiftly eliminated. 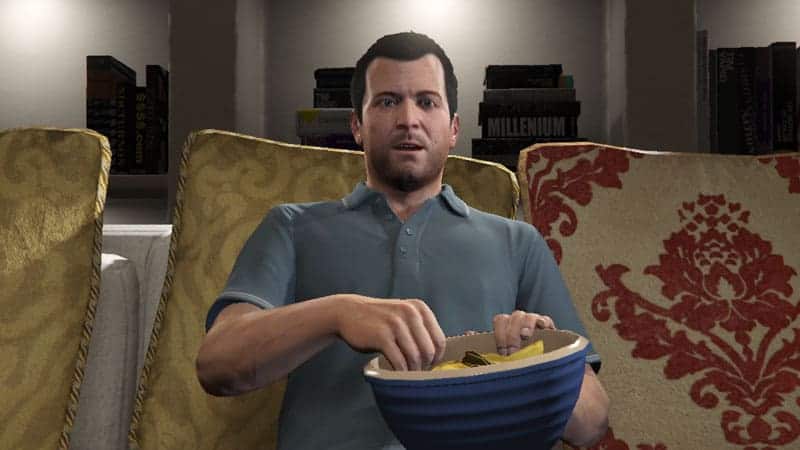 From the outside, any reasonable person would think you’re living the dream - a beautiful wife, two kids, a huge mansion the city’s most affluent neighborhood and more money that you could possibly need. In reality, you’re a deeply insecure middle-aged criminal who struck a deal with the authorities and vanished in the Witness Protection program.

The family hates your guts, and you spend your days drinking, smoking cigars, shouting at your family and wallowing in self-pity. To make things worse, you long the same criminal lifestyle you’ve become disillusioned with. Tony Soprano seems like a well-adjusted individual compared to you.

Ironically, resuming your criminal activities made you a better person overall. Despite your insecurities, egocentrism and occasional hypocrisy, you start working towards resolving the flaws that your associates have repeatedly pointed out, but you kept denying with biting sarcasm. This proves that you have some degree of self-awareness, something that many of your associates lack.

You may be no spring chicken, but you bring the necessary amount of crystallized intelligence required to pull off a job as meticulous and dangerous as a heist. You are a brilliant strategist and planner and an experienced shooter, so you can fill in for almost any role if necessary. 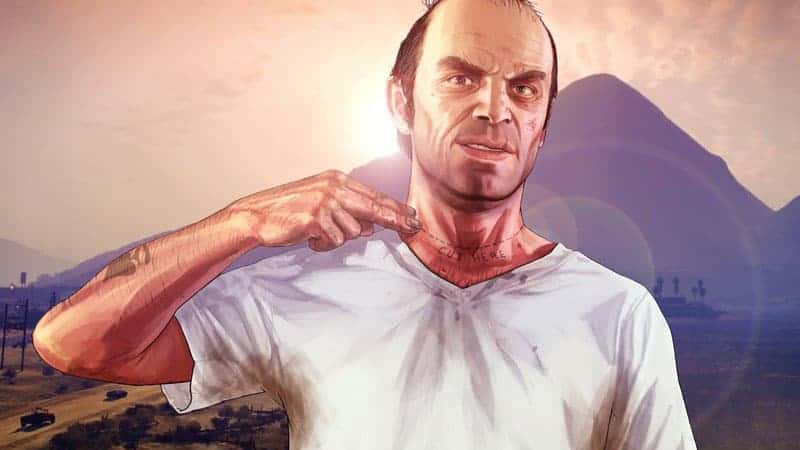 So apparently, you are a homicidal maniac. You live to create chaos and cause rampage everywhere you go, to the detriment of others and even yourself. If someone were to task a focus group of 10 people to choose the thing that best captures the essence of the Grand Theft Auto series, all of them would point to you. You are violent, extreme, unpredictable and short-tempered, and you make no apologies for it.

But there’s more to you than meets the eye, isn’t there? Is it the rugged, unkempt, hipsterish wardrobe? The dubiously rich vocabulary? The distaste for racism, misogyny and the self-righteous, hypocritical attitudes displayed by other criminals? The unhinged loyalty for friends and loved ones? The need for love and care? The deeply-repressed disgust for your own behavior? Though most people would (understandably) label you as a mere psychopathic maniac, you’re a man of many contradictions. 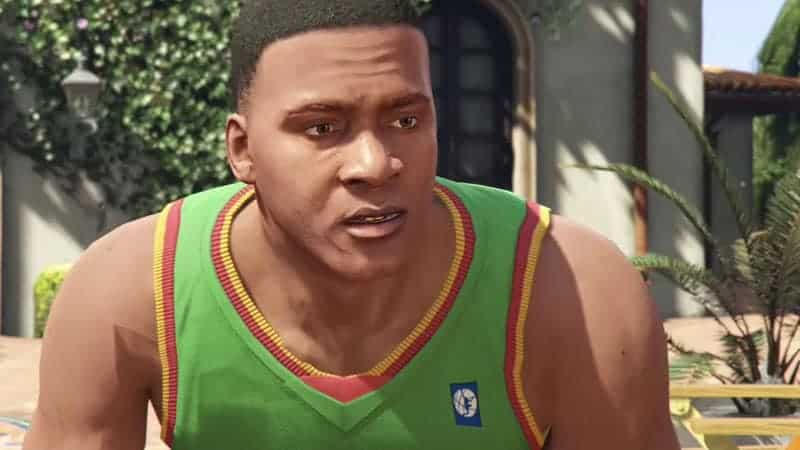 Smart, ambitious and driven, you are always focused on the task at hand and serve as a mediator between your more hot-headed associates. Though lacking in ‘’real’’ criminal experience apart from stealing vehicles for a shady insurance scheme and dealing drugs in the hood, you are a fast-learner that can adapt to the requirements of any job, regardless of difficulty or complexity.

Despite being called "disloyal" and "fake", ironically, you’ve always been true to your roots and loyal to friends. Ambition is also your biggest weakness, and you always fall short due to poor choice of people to work with. But what you lack in experience you make up with drive, focus and flexibility.