The Suits, The Law & The Uniforms 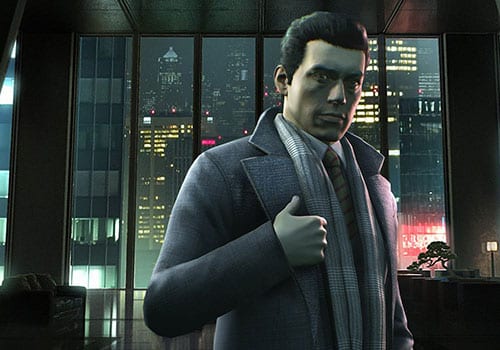 “Kings and kingmakers, the Ventrue claim the wisdom, restraint and control to rule. Of course, not everyone loves this assertiveness, yet there are few who don’t fear the powers of the Patricians. Players who choose clan Ventrue gain access to two of their Disciplines in addition to their Thinblood powers.”

Choosing Clan Ventrue will grant players access to the Dominate and Fortitude disciplines. Unlike in the pen-and-paper version, each discipline will only include 2 powers, not three. Dominate powers include Mesmerize, which “allows the Ventrue to place one NPC in a brief hypnotic trance,” and Command, which allows the player to give orders to mesmerized NPCs. Fortitude powers grant buffs to the player, with Absorb trading incoming damage for health and Personal Armor increasing defense. Personal Armor will also cause enemies to stagger when upgraded to higher levels.

The Fortitude discipline seems like it will mesh very well with the frenetic, in-your-face style combat that the developers seem to be going for. Health regeneration and defense buffs make this an obvious choice for melee combat-based builds.

“The Clan of Kings sees the truth: they are the architects of vampire society, the guardians of the Masquerade.”

The Dominate discipline certainly fits with the lore of the Ventrue clan. The ability to hypnotize and command NPCs will hopefully make for some interesting roleplaying scenarios outside of combat as well. The description for the Dominate discipline on the Bloodlines 2 site mentions that it will give players the ability to manipulate the memories of NPCs as well as their actions. Hopefully this isn’t just flavor text, and the Ventrue’s Mesmerize ability will be an option outside of combat. Considering how much Paradox and Hardsuit Labs are hyping up the dialogue, they’re going to have a lot of disappointed fans if it isn’t.

Despite only having access to these two disciplines, there’s still room for quite a bit of character variety due to which Thinblood discipline you end up choosing. Command a guard to stab his comrade to death, then use the Pull ability from the Mentalism discipline to steal his knife. Or use Glide from the Chiropteran discipline to fly into a group of enemies, then activate Absorb and tank all of the damage.

Of course, as the maintainers of order and secrecy, this may not be the easiest faction to join. Since the main character’s very existence is a crime, presumably it’ll take a great deal of convincing for the Ventrue Clan to not just kill you on the spot.