“Steam Chat” is a new app for iOS and Android, that allows us to communicate with others through Steam’s messenger on our phones and tablets. Valve describes it as a “modernized Steam chat experience” with many of the features from the desktop app included, such as a Friends List, Invite Links, and Rich Chat which allows you to post tweets, videos, GIFs and more.

Whilst the app does not feature voice chat yet, Valve have promised update it soon, saying “We’re already working on improvements to the Steam Chat app, including voice chat.” They also claimed that the already released Steam Moblie app would receive some updates and improvements focused on account security, now that Steam Chat has got its own dedicated app. 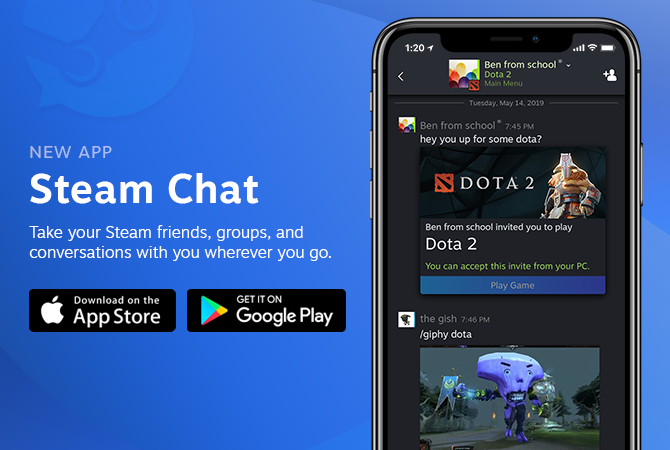 They promise to include better Steam Guard options such as QR codes and one-touch login and improved app navigation. Whether that means a more user-friendly layout, or simply a better menu system, we don’t know.

Some see Steam Chat as an unnecessary departure from the original app, and some see it as a welcome, if long overdue separation, but it seems that Valve will be continuing to update both apps regardless.

This is actually the second app that Valve has released this week, having launched the Steam Link app on iOS nearly a year after it was made available on Android.