Your soul is his, and so is your money.

And now a taste of things to come.

The character debuted in the first Mortal Kombat game and served as the grandmaster for the Mortal Kombat tournament. He is a powerful warlock, who absorbs the souls from his victims to maintain his power and youth. He can also shapeshift into other people, including other characters from the franchise, whilst maintaining their original moveset. The trailer shows us that Shang Tsung has not lost these powers, as we see him transform into classic versions of veteran ninjas, Smoke, Rain, Reptile, and Ermac, all of whom can be found in his Krypt. It appears that he will be able to do this mid-combo, as we see him transforming into these characters and using their powers to string together an impressive looking attack. 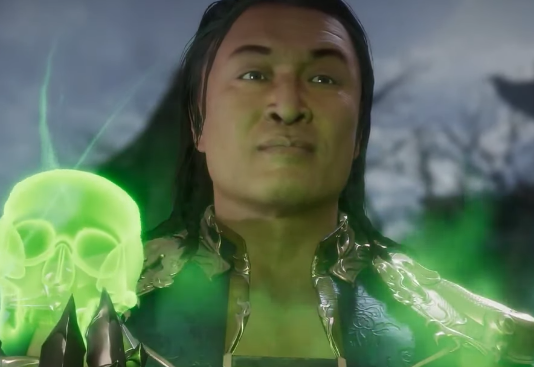 It also appears that he will be able to transform into his opponent and steal their moveset, which we see him do to Raiden, before using his own combo and krushing blow against him. We are also shown Shang Tsung’s fatal blow, and one of his fatalities. The fatal blow has him transform into classic looking versions of Sub Zero, Scorpion, and Noob Saibot and using some of their signature moves. And his fatality is as vicious as you would expect. He literally makes a beast appear inside the body of his victim, and tear itself out from the inside, revealing it to be Mortal Kombat 2 sub-boss Kintaro.

It’s evident that Netherealm studios intended on having Shang Tsung as a playable character from day one, seeing as we’ve already seen what his model looks like in the Krypt, where the character guides and taunts you at every turn. In fact, the character is actually portrayed by Cary-Hiroyuki Tagawa, the actor who played Shang Tsung in the live action Mortal Kombat movie. He is definitely the main focus of the trailer, but we also get to see some of the other characters who will be joining us in the Kombat Pack.

We will also be seeing the return of Nightwolf, the Native American Warrior, and Sindel, the former queen of Outworld, both of whom made their debut in Mortal Kombat 3. We will also be seeing Spawn, the superhero from Image Comics, who will be Mortal Kombat 11’s first guest character. There was also some text promising us two more unnamed characters for the roster, accompanied with a chainsaw sound and a blood splat. Some believe that this indicates that Ash Williams from the Evil Dead franchise may be one of the characters, although according to Bruce Cambell, Ash will not be making an appearance. It’s possible that the unnamed characters will be Cyrax and Sheeva, and both characters appear in the games story mode but are not playable. However, that’s just speculation.

The Kombat Pack is priced at $39.99 and will give you access to the 6 new characters and 19 skins for the current fighters. Owners of the pack will also receive early access to the “Klassic Arcade Ninja Skin Pack” on June 18th, in addition to Shang Tsung.