The Sennheiser Game One flawlessly combines the best elements from gaming and audiophile headsets.

Here’s the thing: even though, as an adult, I lean more towards video games and TV for my daily dose of escapism, originally, I’m an audiophile. I basically grew up around amps, speakers and vinyls, and while I’ve lost most of that information as I got older, I still know my way around a Pioneer amp – if you give me a few hours with a Youtube tutorial,  that is. So you can probably imagine how hard I geeked out at the opportunity to test a pair of Sennheisers, one of the most respected brands in the industry.

While I was a little surprised by Sennheiser’s decision to tap into the gaming market, I have to admit it makes total sense. The gaming market is much bigger than the audiophile market, and to be completely honest, Sennheiser injecting some of their know-how into the former can do only good to the ecosystem overall. So, without further ado, let’s kick off this Sennheiser Game One review.

*This item was not provided by Sennheiser. It was purchased by Unleash The Gamer for review purposes only. 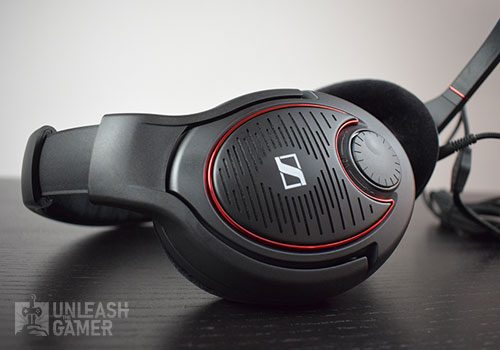 With an all-black (or all-white) chassis with just a little splash of red, the Sennheiser Game One manages to nail that ‘’gamer aesthetic’’ without going over the top.

Moreover, Sennheiser managed to somehow include design elements from audiophile headsets into this model. Were it not for the microphone, the Game One could’ve easily passed for a product targeted toward audiophiles. 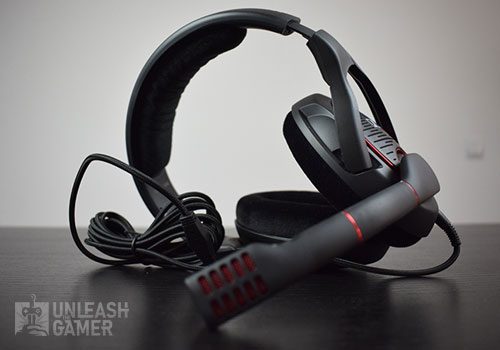 I don’t know why they decided to incorporate the microphone – maybe to save up on costs and cut down on the already heafty price? I really can’t say. Shame, I really wanted to take them for a spin through the underground while listening to Freddie Gibb’s Bandana.

To clarify, my threshold for comfort as far as headsets are concerned is between two and three hours. If I don’t experience any comfort issues in that time frame, we’re good. In my opinion, expecting an amalgam of plastic and leatherette hugging your head to still feel comfortable for more than three consecutive hours, without taking a break, is not only absurd, but also unhealthy.

With that being said, I’m glad to announce that the Sennheiser Game One passed the test. If I were to pinpoint one big reason, that would be the flexibility of the headset. One reviewer mentioned that the design of the headset makes it uncomfortable for people with voluminous hair. Well, as the owner of a reasonably bulky crop of hair, I can assure you that’s not the case here.

Going on, the ear pads are reasonably large and surround the ears completely. The plush velvet material is a nice touch, and relieves the pressure against the sides and top of the head you would normally feel from other headsets. Similar to a pair of shoes, the headset ‘’breaks-in’’ in that the more you wear them, the more comfortable they will feel. I’ve used them for about three weeks now and they feel better now than they did the first time I wore them. 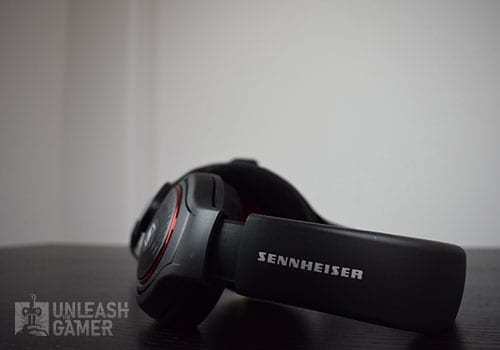 Though the entire headset is made out of plastic, the Sennheiser Game One are far from being flimsy. Circling back to my previous point, I believe that the headset’s flexibility is to thank both for the comfort and sturdiness.

Furthermore, you can safely pack it in a backpack without worrying that you’ll creak or scratch the plastic. As far as I noticed, there are no loose joints or flimsy buttons, so the overall quality of the build is quite good.

Oh, boy, where do I start? This is where Sennheiser’s experience in the audiophile market is the most evident. We can’t address this headset’s performance level without talking about the difference between open-back and closed-back headsets.

The goal of such a design is to achieve a more ‘’airy’’ and natural soundscape. Imagine, for example, that you’re playing a first-person shooter and a helicopter flies past you. In a close-back design, the sound is more ‘’concentrated’’ – you basically get a high-quality simulation of the idea of a helicopter flying above you. In an open-back design, you not only hear the helicopter, but you also hear its engine and the leaves and trash flying around you as it’s passing by.

To cut things short, with a closed-back headset, the sound is ‘’in your head’’, while an open-back headset gives the sensation of ‘’sound in the room’’, as Forbes put it. The downside? Poor sound isolation, meaning that the people around you can hear everything that you’re listening to. The bigger the racket, the more people will hear. So if you’re listening to, say, Touche Amore’s Is Survived By, you can be sure you’ll get a pat on the shoulder from the coworker standing next to you.

So, now that we’ve established that the sound quality is good, how’s the microphone? From what I’ve tested, the microphone is just okay. The sound is crystal clear, and to my surprise, it doesn’t register any sounds coming from the speakers.

When it comes to special features and extras, the Sennheiser Game One are surprisingly underwhelming. Without a software or equalization options, the only notable features are the volume control knob, which works fine and is positioned quite cleverly, and the microphone, which we’ve already briefly covered in the previous entry. Also worth mentioning is the microphone’s tactile feedback when you tilt it up or down – tilting it all the way up mutes it automatically, and vice versa. 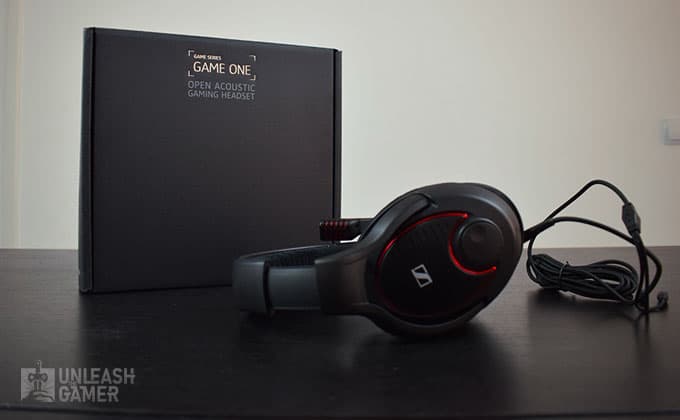