Before we delve too much into the mods themselves, it is important to note that while this list will not be as extensive as our article about Skyrim Mods, there are a good number of notable Warband mods to go through. It is also very important to note that Mount and Blade only allows one “mod” to be active at a time. Usually mods for this game are total overhaul mods.

Note: Since Mount & Blade II: Bannerlord’s release on March 30, 2020, our team has been testing out its new mods, to see how stable they are, and will be publishing a guide to Bannerlord mods very soon. Don’t forget to subscribe to our newsletter if you want to be the first to know about these mods.

How To Install Mount and Blade Warband Mods

Installing mods for Warbands is pretty easy for anyone who has modded a game before. For those of you who may be new to modifying games, the directions are pretty simple. I will assume you know how to find the mod (or follow one of the links below to the mod location) and download it. From this point the steps are as follows:

Some mods may require additional steps if they include texture packs or other files that change the core gameplay. Most will include instructions on how to install their particular mods so if you run into any problems, consult their instructions to see if anything was missed. 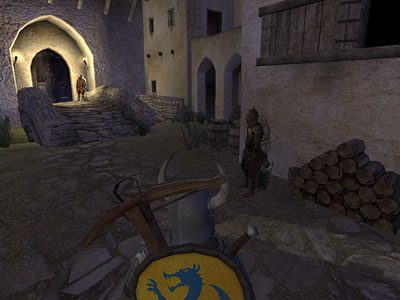 This is one of the more unique Mount and Blade Warband mods on the list. As you will see from the later entries, a lot of the mods for Warband are conversion mods to bring Mount and Blade gameplay into well known pre-existing fantasy or fictional worlds.

The developers of this mod, however, have created their own low-fantasy world of Pendor, which is populated by several lords just begging to be united under your banner. It is comparatively difficult among the mods on this list, so be prepared for a bit of a challenge. 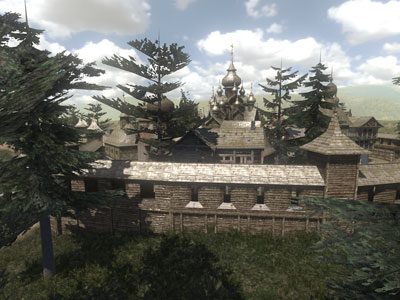 This mod is actually a sort of precursor to Mount and Blade II: Bannerlord. It advances the year to the end of the medieval era and you will act as a Lord during the rebirth of the Calradian Empire.

It falls to you to manage your villages and towns effectively, in order to stave off your rivals. You will have to subjugate other lords through influence or war with the goal of establishing yourself as the Emperor of Calradia. Good Luck!

3. Last Days of the Third Age 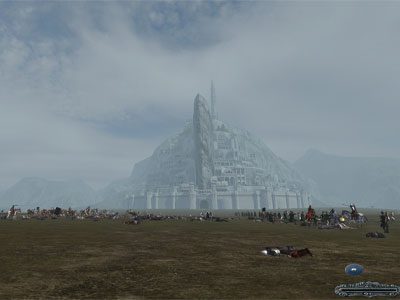 Surprising no one, this mod has been the staple of most “best Mount and Blade Warband mods” lists. This total conversion mod brings the player into Tolkien’s Middle Earth. I have actually had a few friends buy Warband specifically to play this mod.

The developer put a truly monumental amount of effort into this mod, and you will be able to play as most major factions of the War of the Ring and try your hand at uniting this war-torn world under your authority. If you were to download only one mod from this list, I would recommend this one. 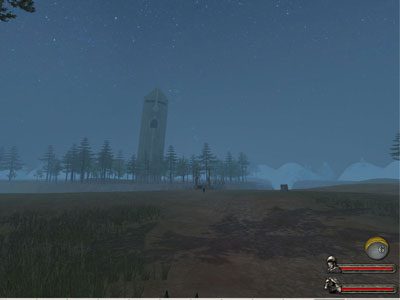 If you are pretty happy with the base game and just wish that it could have a few more modern touches, Blood and Steel is the mod for you.

It does not change the world, so much as it enhances certain aspects of it. It rebalances many of the game’s systems (including the economy) and improves the graphics to some extent.

It also adds a significant amount of new items. 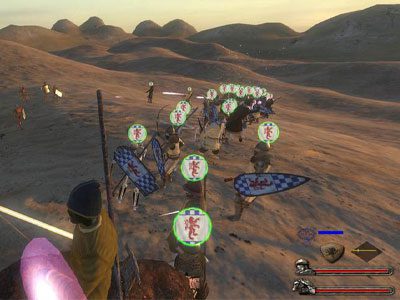 I will be the first to admit that I have not played nearly as much Phantasy as I should have. While it is currently in an alpha build form, it is still being frequently updated and is more or less stable.

It changes the fundamental gameplay in a ton of different ways, but one of the most notable is the addition of magic into the game.

There are 5 major races each with several factions. I highly recommend this mod, even though it is still in alpha stage. It is a lot of fun and will entertain you for many hours going forward. 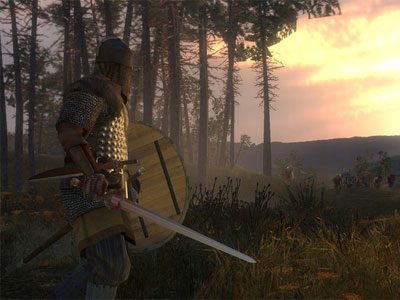 As you may have deduced from the name, this mod has something to do with Britain. In fact, it takes place during the Dark Ages in Britain and its surrounding islands.

You can take on the role of several different factions including the Picts, the Welsh, the Irish, etc.

Your goal, like most Warband campaigns, is to unite the world under the light of your banner. In this case, your goal is to try and change history either for the better or the worse.

Good luck my Lord or Lady, for you shall have fun with one of the best Mount and Blade Warband mods for realistic experiences. 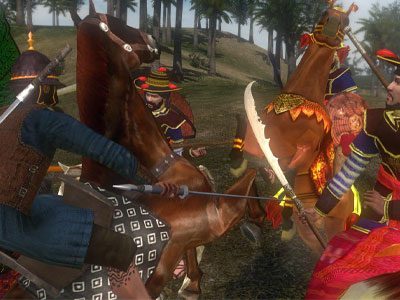 I’ll be the first to admit unabashedly that I have no idea how to pronounce the name of this mod correctly. What I do know, however, is that this mod is perhaps one of the most ambitious and extensive mods available for Warband.

The setting for this adventure is 16th century Southeast Asia. There are twelve factions to choose from including the Kingdom of Ayutthaya and Lanna (Central and Northern Thailand respectively), The Colonial Portuguese, and the Johor Sultanate (Malaysia), among several others.

As with all Mount and Blade Warband mods, your goal is to assert your authority over the region, however, the map is extensive and covers a significant area. Each faction has unique units specific to their history and if you were getting bored of the base game, this mod will add scores of hours of gameplay to reignite your interest. 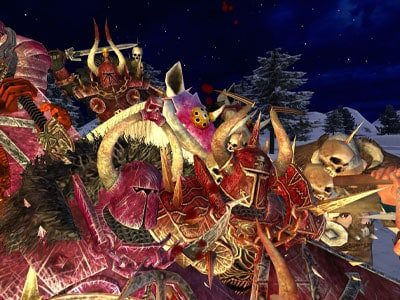 Anyone who knows me will know that I have a tiny bit of an obsession with the Warhammer universe. I used to play Warhammer Fantasy quite often and I have several hundred hours sunk into Warhammer: Total War 1 and 2. It should come as no surprise that a Warhammer mod would make its way onto this list.

Warsword Conquest allows you to take command of the more popular Warhammer Fantasy races. Like most mods your goal is to establish your influence over the world, and to do that you will have to engage in war and there might be hammers involved. I highly recommend this mod to anyone who likes Warhammer. 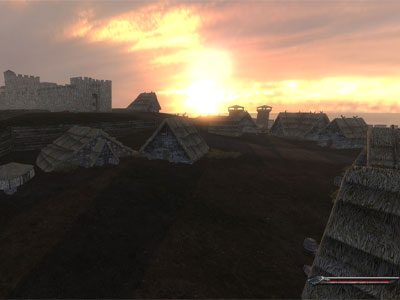 Okay… real talk for a second… I think we can all agree that Game of Thrones Season 8 was an unmitigated disaster. But try not to let that cast a shadow on your reaction to seeing a Warband mod set in George R. R. Martin’s masterfully crafted world.

In this mod, you create your own fledgling house and have to navigate the politics, intrigue, and war that will see you rise through the ranks to rule the Seven Kingdoms or have the rains weep o’er your halls, with no one there to hear.

Like most mods, this includes reskinned and unique units, a ton of unique items, and a new world to explore and conquer. Oh, did I mention it also includes Essos, the vast continent of the Old World? Just thought I should mention that as well. 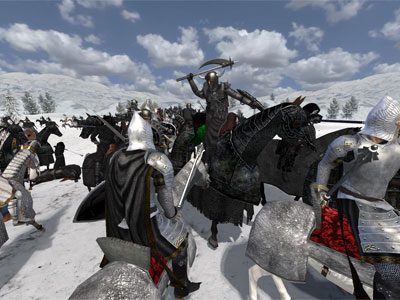 Perisno is another conversion mod that is set in its own fantasy world, fittingly named Perisno. This world is populated by the typical fantasy trope races, Elves, Dwarves, and Giants, along with Humans of course.

There are several factions to choose from, though admittedly some look like they were pulled straight out of Middle Earth, however, if you are looking for a fresh new world to conquer your way through in Warband, Perisno has your back. I would note, however, it is a little bit buggy so your mileage may vary.

This concludes our Mount and Blade: Warband mods. What’s your favorite mod? Did we miss something (besides Floris)? Tell us in the comments section below! 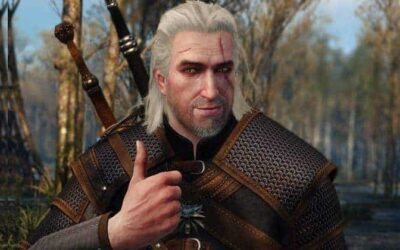