Some Games Have Too Much Going On | Middle Earth: Shadow of War

…or why disabling icons and UI markers can help you enjoy the game more.

Picture this; the year is 2017 and the sequel to the critically acclaimed Middle Earth: Shadow of Mordor has just released. Aside from the questionable introduction of microtransactions, which were later removed, the game was largely seen as a successful follow-up to the surprise hit of 2014. While the game improved the already great combat, dynamic nemesis system, and more, it might have been too indulgent with adding various activities for the player to partake in.

While collectible artifacts, side missions such as online conquests, and other mechanics like destroyable monuments can give the player a break from their playthrough of the main story-line, in Shadow of War it often detracts from the player experience and immersion in its beautiful world. The act of performing these tasks is not the only problem, however, but results in UI clutter that ultimately detracts from player enjoyment.

Not only do these various missions occupy your mini-map but other markers do as well. Markers such as enemies, rideable carragors, exploitable worms (not the underground type of worm, but rather an orc who rats on his orc buddies), glyphs, towers, arrows, etc. This list isn’t exhaustive. The mini-map isn’t the only problem, though. While the rest of the heads-up-display isn’t nearly as crowded, when it’s all seen together it can be quite debilitating, especially if you are a new player or one coming back to the game after a hiatus 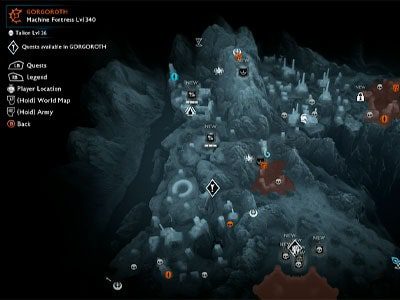 One area of the map in Shadow of War and many of its icons.

Icons and other UI markers include combat prompts such as counters and stuns, helpful tips for when you are having your ranger-ass handed to you, AI awareness, hit-streak counters, and more are there to help you on your journey through Middle Earth (or any other game you’re playing). This is on top of the already to be expected often found elements such as health, mana (or wrath in the case of this game), and player level.

While all of these have been added to the game in order to inform and assist the player during their time in the digital world, it can often be to the detriment of the game experience. It is of little doubt why developers are now including such customizable options in their menus, options like disabling specific parts of the HUD, or the whole thing entirely.

A Feeling of Liberation 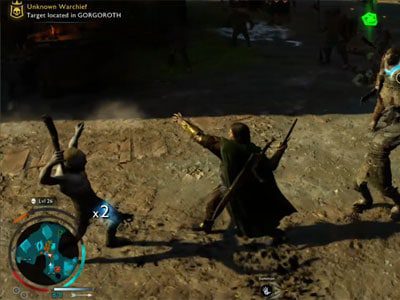 Paying attention to button prompts is essential for mastering combat.

Middle Earth: Shadow of War is the first game to push me this far. While other games have had unnecessarily crowded HUDs and maps, this is the first one to make me really consider using these optional features.

There exists the option to be more specific in your disabling of the UI but I went with the broad “disable HUD” selection. This immediately turned off my mini-map, as well as all other elements.

I was immediately given the feeling of liberation. Liberated from the countless optional activities to do and allowed to finally experience the world and its finer details.

The visuals actually seemed to look better now that I could see them in all their glory and not being covered by immersion-breaking items. It also drastically changes how you approach playing the game. No longer can you fly through enemy outposts without being seen, or find your previously missed loot in a matter of seconds. 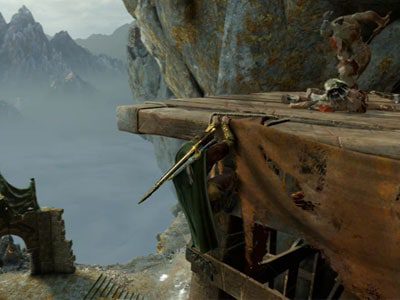 The world of Shadow of War is one that is wallpaper-worthy, especially without the HUD.

You need to actually plan your attack and use your knowledge of the game’s systems during combat. Going slower allows you to listen for enemies and hear some of their interesting commentary about their addiction to grog and how they’re going to change, starting tomorrow. You can listen for musical cues to indicate if you’ve been spotted or if you’re still in the clear.

Find yourself slipping up and in the middle of an orc and sword stew? You’ll need to rely on your familiarity of the visual indicators given by enemies. Instead of seeing a button prompt to counter you’ll have to watch and see if that orc is starting to raise his sword in attack. This gets exponentially more difficult the more enemies you are facing, especially if their types are varied.

There is an argument to be made, however, that these games do in fact require such jam-packed UIs. There is after all, a bevy of activities to do, variables to consider, and buttons to press while slaying orcs.

While I do commend the developer’s intention to make sure the player avoids frustration, I do think they should have gone back to the drawing board and really thought about their decisions to include so much. I’m not necessarily talking about the problems caused by a cluttered UI, but the things causing the need for more UI elements. 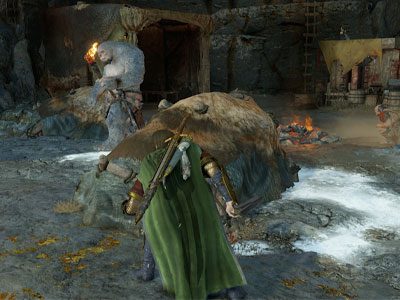 Eliminating the HUD means you’ll have to find enemy locations for yourself.

What are they accomplishing by informing the player of exactly where and what direction an enemy is facing, where a glyph is located, or where extra arrows can be found? I personally think it’s because they have put so much into the game for the player to do that they feel they need to make it easier to accomplish these tasks and move onto the next pursuit.

But when the player is focusing on just “accomplishing” rather than experiencing the game world, what has been achieved?

I encourage you to try the same experiment I have performed, but with your game of choice, especially if you find yourself overwhelmed with the amount of activities or on-screen indicators and elements.

You may have to take it slower than the developers intended, but slow doesn’t have to mean bad, and I personally often consider it a welcome change to the fast-paced gameplay we have gotten used to. 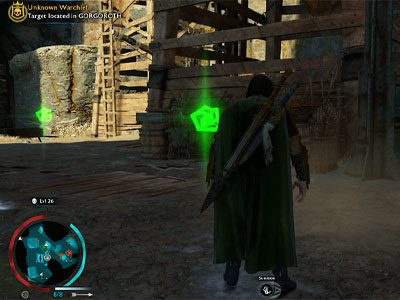 The mini-map shows a plethora of information such as glyphs, enemy locations, arrows, and more.

As proof that this isn’t an abstract concept, I’d like to point to Dark Souls and Metroid Prime as examples. These games fully expect you to take your time, take in the atmosphere, and exist in the world, rather than speed through it.

Games were always meant to be fun or interesting experiences, and in the competitive market of today it can be easy for developers to overcompensate or lose focus.

I hope they learn from their mistakes; whether it is evaluating their content to make sure it gives the player a worthwhile and meaningful experience, or ensuring their own features don’t get in the way of enjoyment. 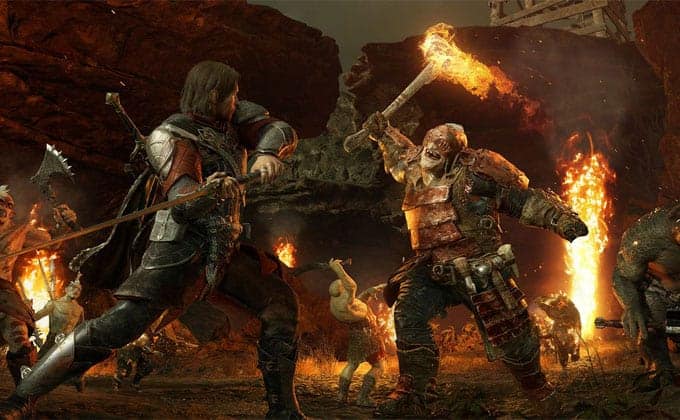 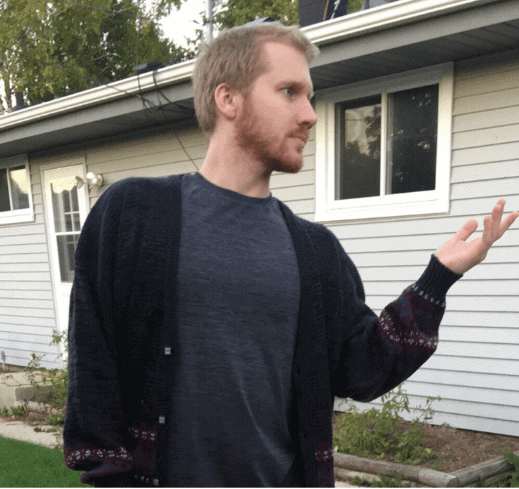 Growing up on the Nintendo GameCube, I enjoyed classics like Zelda, Metroid, and Resident Evil. Nowadays I’m playing more Xbox One and PC with games like BioShock: Infinite, XCOM: Enemy Unknown, Battlefield, and tons more!