My Thoughts on Little Misfortune & Why You Should Play it

Today we’re taking a closer look at Little Misfortune, a point-and-click game about the loss of innocence and the adventures we all go on as kids.

Little Misfortune is a perfect blend of cute and grim. It’s a 2D indie game that follows the misadventures of a little girl called Misfortune.

The whole experience is approximately 3 hours long. It is suitable for anyone with an appetite for exploring a surreal cutesy but bleak world as well as an appreciation for dark humour. Our opening scene is Misfortune giving “a little sparkle” by throwing some glitter on her toys and herself. An offscreen narrator, a warm fatherly slightly foreboding voice, lets us know that Misfortune is a wonderful girl and will die today.

Immediately setting the tone of darkness contrasting with sweet which will continue throughout the game. Every situation will seesaw between the naive and innocent point of view of a child and gloomy adult themes such as depression, suicide and household abuse. The game does not resort to gore scenes, instead choosing to create a sinister atmosphere with a few elements of the macabre. The game does not dwell on any single theme/scene for too long, choosing to move forward and keep it as an open ended suggestion without excessive details. 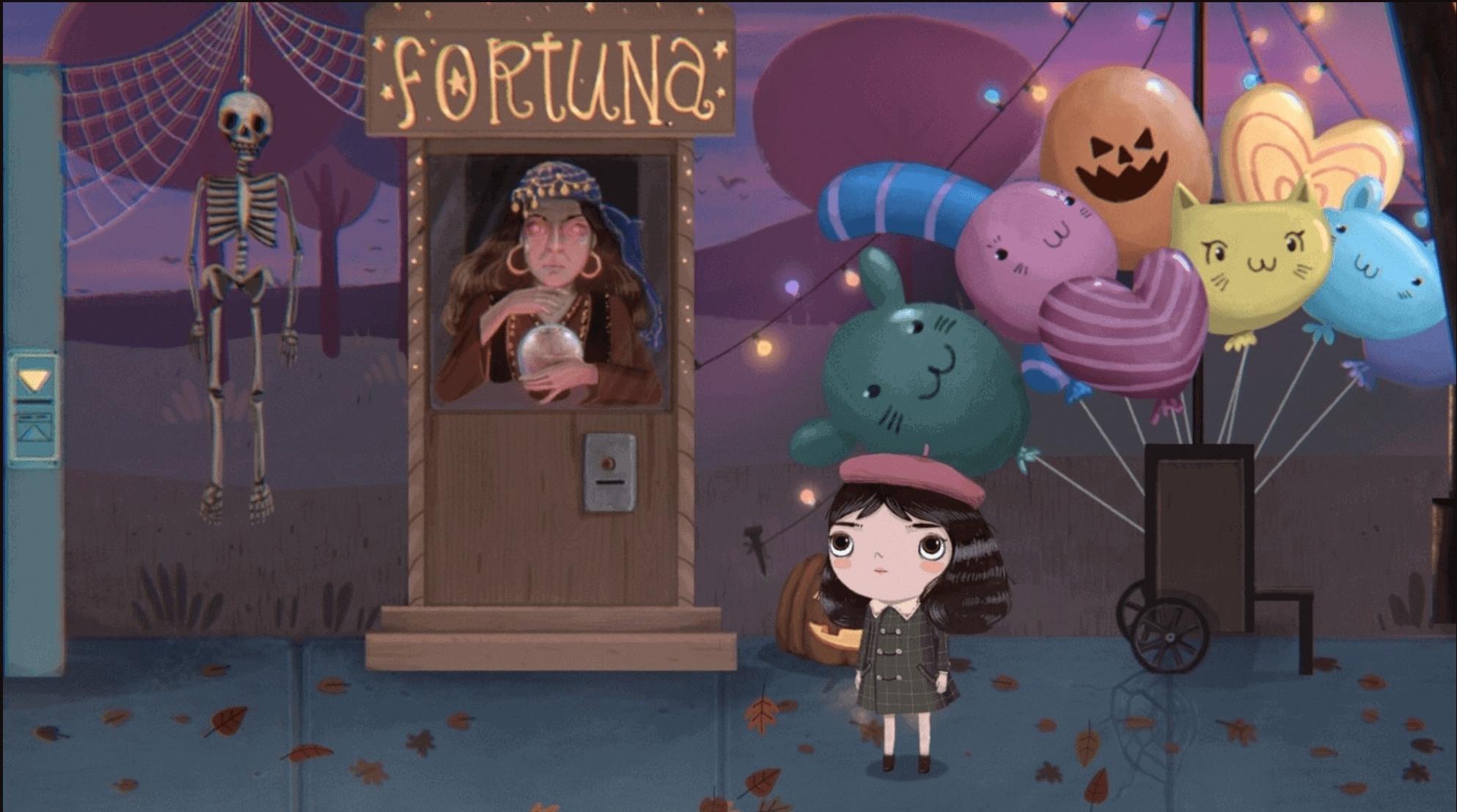 Little Misfortune herself is a fountain of positivity, taking on each challenge courageously. As we leave the house to look for Eternal Happiness, the prize for playing the voice’s game, Misfortune has a peak in the fridge revealing a small pile of dead rabbits. She throws some glitter and makes it all better.

Passing by the dinner table Misfortune comments about last night’s dinner being amazing: her father actually said “hi” and mother wasn’t that drunk. We see her horrendous living situation, her ability to not lose heart and choice to look on the bright side of things.

The game is peppered with comedic quips, which is the magic ingredient that manages to tie together the somber and sweet so well. One in particular has entered my own vocabulary: “Yikes forever.” A child-appropriate remark Misfortune uses when she sees something unpleasant since she gets reprimanded by the voice for using adult profanity. Another excellent example of the cute-dark-comedy trifecta would be Misfortune saying she wants to be like mommy when she grows up – “a juice drinker.” 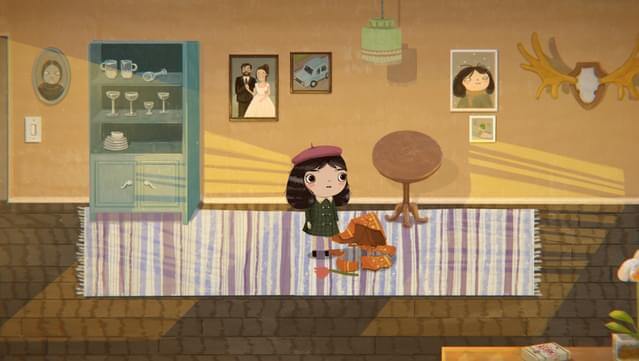 As we play, Little Misfortune becomes progressively more surreal, the line between real life and the girl’s imagination blurs. We eventually reach a point where a third character is introduced, a fox that Misfortune seems to have a crush on. The voice, however, insists that the fox is a “bad fox” and has stolen the Eternal Happiness. We are not sure who to trust as the voice has been becoming increasingly ominous as well. The characters are fantastically written and I was heavily invested in figuring out what was going on.

One element that was on the weaker side was the conclusion. It was rather banal and fairly predictable, but I did not mind that at all. The journey mattered much more than the destination. There are two possible endings, however the difference between them is a single scene which is not worth the replay if you didn’t manage to get it the first time.

Examining the eerie, depressing and surreal world Misfortune lived in through the veil of her innocent naivete was the game’s greatest strength. Seeing her fail and (many times literally) fall and then pick herself back up all the while edged on forward by a mysterious voice was an unforgettable experience. 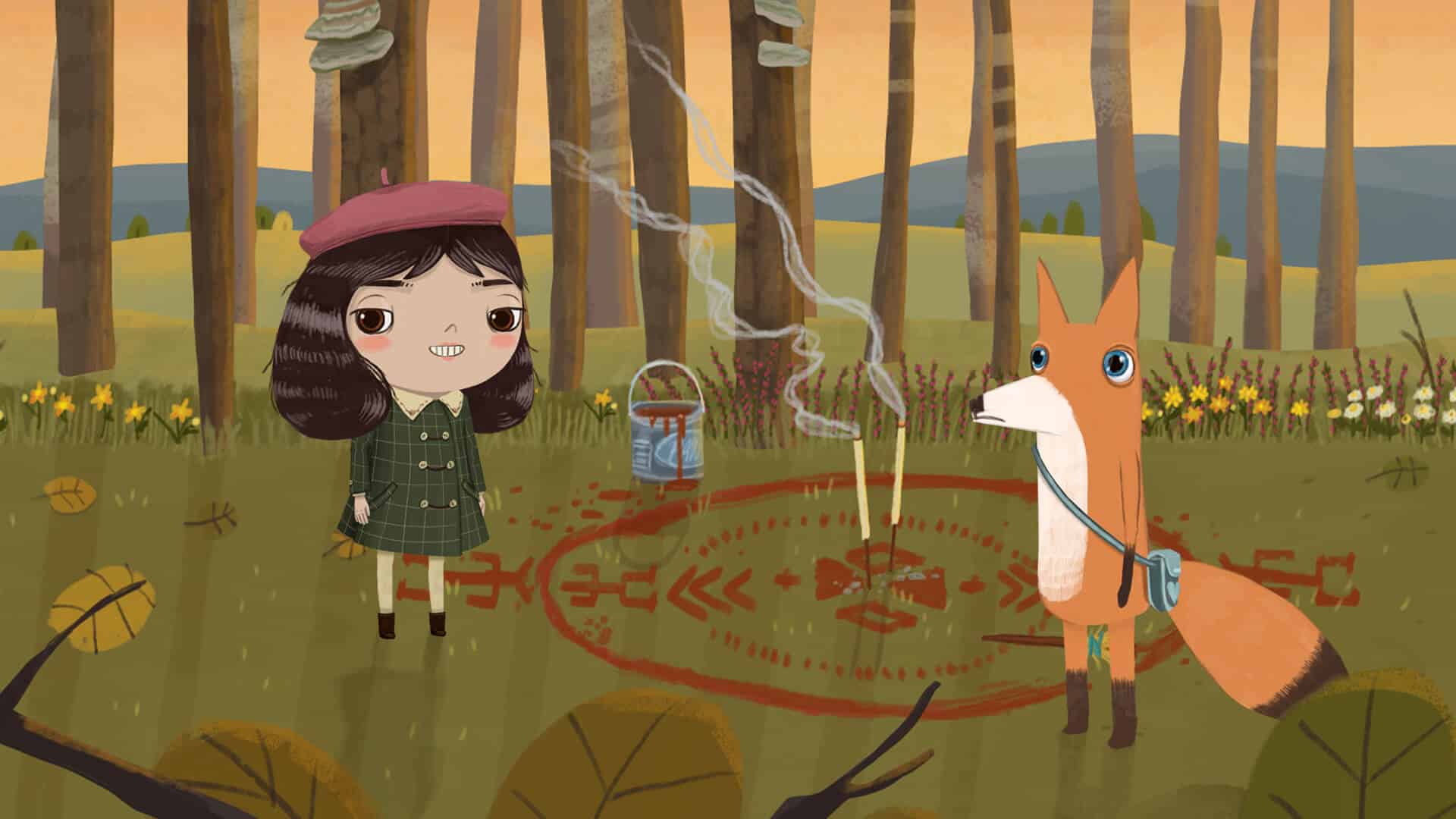 Both Misfortune’s accent and the voice’s warm timbre serve as a strong foundation to uniquely memorable characters. The disparity between the older more mature speaking mannerisms of the voice and the youthful voice of Misfortune is a pleasant parallel to the game’s overall contrasting themes.

Backing up the spectacular voice acting – a simple soundtrack, while nothing to write home about, evokes a sense of childlike whimsy which serves to amplify the experience. The art style is a colourfully drawn cartoon style that makes me think of a cute childrens’ book of fairy tales. It too helps accentuate the stark contrast with the grim themes. All the elements seem to coherently work together towards a common goal.

Being a point & click game, the gameplay consists of mostly walking and pressing a button to watch Misfortune interact with her surroundings. We are given the option of playing with a controller, mouse and keyboard or just keyboard.

The game settings are barebones allowing you to adjust the sound volume (one each for dialogue, music and sound effects), resolution, subtitles and a fullscreen toggle. Unfortunately there isn’t an option for borderless windowed; however, that is easily remedied with 3rd party software such as Borderless Gaming. Occasionally we will come across a puzzle segment which is easy enough for a child (not unlike Misfortune) to solve.

Buy it on Steam 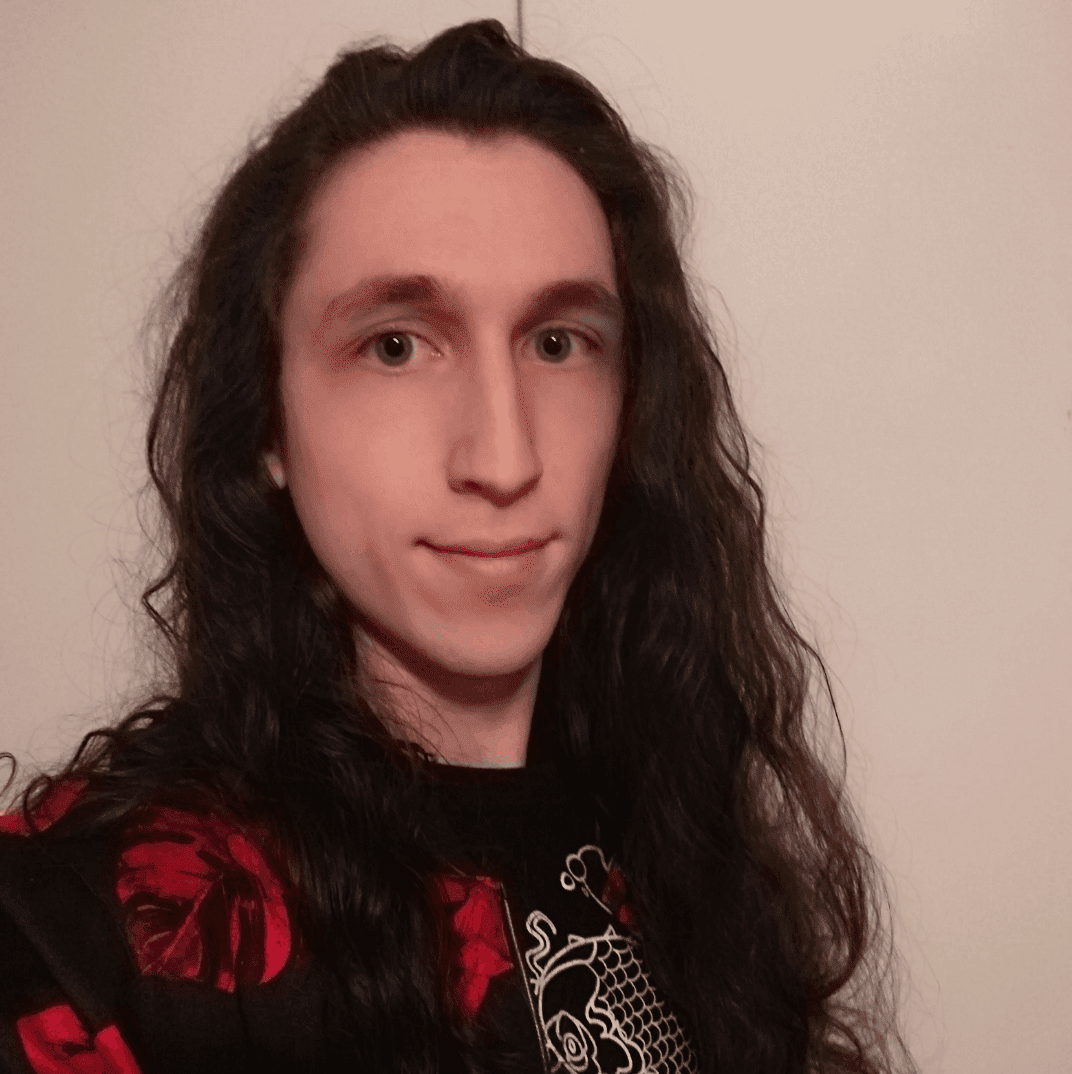 Hey, I’m SemiDemon. Early on in my childhood the RPG bug bit me. The result was hundreds of hours sunk into Pokemon Red and Blue (of course I had both). Afterwards I played anything and everything I could get my hand on. Countless bootlegs and even more custom maps in Wacraft Frozen Throne.

Today I play much less, partly due to time constraints, partly due to the lack of fresh experiences. Ocassionally I stumble upon one of those elusive games that will spark thje same excitement I had as a child. Those are the ones I keep an eye out for.