Sturdy, reliable and durable – this is why the HyperX Cloud II Pro are a good bang for your buck.

The HyperX Cloud II Pro are a good bang for your buck. Honestly, it increasingly seems Kingston is bent on making good quality gaming gear where you get what you pay for – no more, no less.

On the low side, there are two wires that come out of the earmuffs that look very flimsy – I’m afraid that countless hours of gaming will result in an unfortunate accident (tearing the wire, pulling it out of its casing, that sort of thing). They also become slightly uncomfortable in the summer heat, even with the AC on.

*This item was not provided by HyperX. It was purchased by Unleash The Gamer for review purposes only.

You can’t go wrong with black, red, and metal parts. The HyperX Cloud 2 Pro Headphones look cool without being too flashy. The band is made of squishy foam that feels nice around the top of your head. The replacement muffs (velvet) are very stylish and add comfort, but personally I prefer the stock ones for a reason I can’t put my finger on. Maybe the velvet is too distracting.

The biggest design issues are the wires that I mentioned in the intro, they look out of place and they will also down at least one point from sturdiness. Who designs it like this?

Other than that, the microphone looks a bit basic but I’m okay with it. 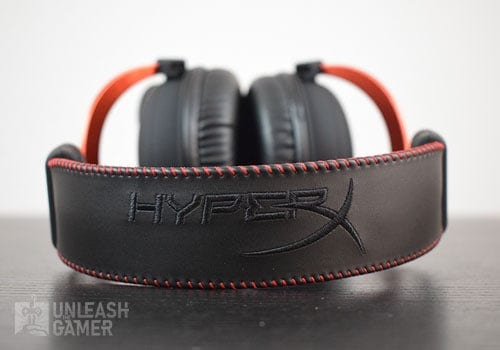 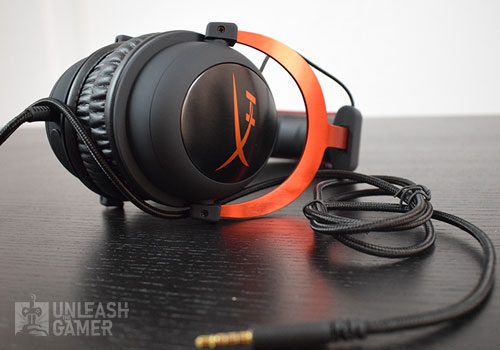 However, the velvet replacement muffs are too much. I like them, but they’re slightly distracting – it’s difficult to not notice them, especially after long hours of gaming. My ears did not start to hurt, but gaming in the summer heat, even with the AC on, it got pretty distracting after 1 to 2 hours. The same happened to a lesser extent to the stock earmuffs.

If you wear glasses and have had issues before like me, these headphones are right up your alley. You will not feel any sort of pressure on the frame of your glasses, and that’s a big bonus point from me.

Honestly now my biggest issue is again with the wires. This seems like a major design flaw. It appears they did this so as to maintain the solid metal frame, but it’s just poor design. Was there really no other solution? Who knows how or when I’m going to accidentally cut them off and it won’t be pleasant. The wire material seems like it will withstand some punishment – but who’s willing to risk it?

Otherwise, everything feels as sturdy as it can get. All the wires, the microphone feel great. The foam cover of the microphone won’t last, but it’s very easy to find replacement ones in a music shop. But if you don’t tear at it or fidget with the microphone, it should stay in place.

The fabric for both the stock earmuffs and the velvet ones is very high quality. I doubt it will see any wear and tear soon. Overall they feel extremely well – sturdy but light – except for the incomprehensible design flaw with those wires. 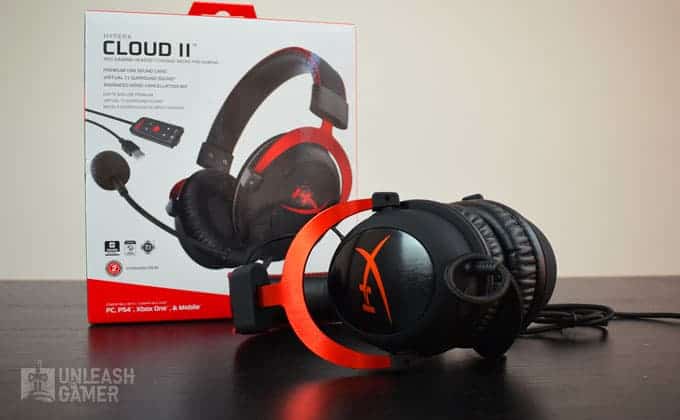 Input – Game sounds come through beautifully, both with and without the 7.1 surround sound micro sound board (officially called an “Advanced Audio Control Box”). Lose the extra device, and the music will sound a bit better. Add the control box and the treble gets a boost, mids are muffled, and the bass is there but it won’t wake up the neighbors. However, for pro gaming this is just what you want.

Overwatch players – the treble boost is extremely useful for things like countering Sombra, especially combined with the 7.1 sound you’ll know exactly where she is and eliminate her before she gets a chance to hack you.

Considering the HyperX Cloud II Pro are FAR from the most expensive gaming headphones, I’m not going to take points off for the music – considering it still sounds pretty cool.

Output –  The microphone sounds decent even without the built in sound board (had some fun in Garage Band and it sounds almost like I’m recording in a studio). But add the micro sound board and your teammates will feel completely bewitched. As one friend put it “it feels like you’re in my head – how do I get you out?!”

Being HyperX, just like the HyperX keyboard, the Cloud II headphones are plug and play. You don’t have and frankly don’t need a software. Unfortunately, this means no sync with Discord.

The microphone is detachable (you don’t always need it), and the sound box has controls for turning 7.1 on or off, raising or lowering the volume of the microphone, and also a mute button for the microphone.

The HyperX Cloud II headphones are more than you’re paying for. The price tag is in the affordable zone when it comes to gaming headsets, so this feels just right. If you’re not the type of person to completely destroy your tech just by nervously fidgeting with it, they’re the ones for you!

If you really – and I mean really – value how the music sounds, you should probably move over to Sennheiser.