Fallout: New Vegas is one of the greatest Sci-fi RPGs (nay, RPGs in general), but it has one small hitch: it looks pretty terrible. Even by the standards of 2010, New Vegas looked quite bad. And the fact that the game was made in the Gamebryo Engine (a.k.a. Oblivion) certainly didn’t help. Even I was turned off by the graphics. Fortunately, three attempts later, growing older and having gained some wisdom, I managed to get over my superficiality need for detailed textures and animations, I beat the game just as it was. Kidding, I installed the Poco Bueno texture pack and boy, what a difference did it make.

A.I. Comes to the Rescue

New Vegas has received a lot of love and care from modders throughout the years. This week saw the release of a new texture pack for Fallout: New Vegas. Created by modder DcCharge, the mod comes with a staggering 15,000 textures upscaled by using several imaging systems with A.I. 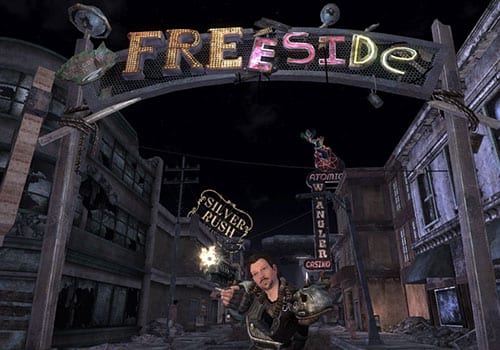 For those of you who are curious, the modder used software such as Waifu2x (probably not the most inspired name), A.I. GigaPixel, ImageMagick and GIMP 2 to enhance the quality of 13,000 textures from the base New Vegas game and 2,000 textures from all the DLC. The textures have a 4x upscale. Sadly, DcCharge didn’t manage to upscale textures for billboards, the user interface, and level-of-detail textures. However, the modder said he might look into this issue at a later date.

So, what does this mean for the average player? Other than the fact that you’ll be granted the enviable opportunity to see this freaking thing in 4x (ugh), this texture mod might be the perfect way to attract those people who were turned off by the graphics. And, you know, it’s yet another excuse to reinstall New Vegas even though there are hundreds of games in your Steam library that you’ve never touched. This is not the first mod to offer massive overhauls of the game’s graphics. Apart from the aforementioned Poco Bueno, other mods worth mentioning are the Ojo Bueno, which is an upgraded version of the former and the Fallout Character Overhaul, which focuses on improving facial animations.