We went insane gathering all these details so that you don’t have to.

Sony is not attending, and the info about the highly anticipated Death Stranding we’re seeing from Hideo Kojima’s twitter feed is frankly bizarre. If you want to learn about any Playstation exclusives, you’ll have to pay attention to something other than E3 2019 coverage this year.

Taking a quick break from beating traditional media to death with a framing hammer, Netflix will make an appearance on stage at E3 this year to talk about a couple of their upcoming video games.

From Software will probably show up with info about the game they’re making with George R.R. Martin. Apparently, he’s not very busy writing an actually acceptable ending to ASOIAF.

And finally, in a return to normality, Bethesda will as usual not talk at all about TES VI. Nothing weird about that.

Read on to learn how and when to catch all the conferences, see a list of all games confirmed to make an appearance at E3 2019, and catch up on all the rumors and gossip surrounding gaming’s biggest yearly event.

Make sure you don’t miss any of the pre E3 2019 streams and events, like Ubisoft revealing a new game every day from June 6-9.

TAKE ADVANTAGE OF SOME SALES this E3 2019

One of the best things about E3 are all the sales on existing games and consoles!

What games will they be showing at E3, if any? Stranger Things 3. It’s exciting to think about all the different intellectual properties that Netflix owns, and how they could be made into video games. Other corporate mega-behemoths catch flak from the fanboys and fangirls for mishandling a well-loved franchise, usually because they water it down to make it appealing to a broader audience.

Will Netflix feel the same pressure as a game developer, or will their ability to print money allow them to maintain their independence? Do they even want to be a real game developer, or do they want to cash in on cheap iPhone games? E3 2019 should give us a good idea what route they’re taking.

I still can’t decide if cross-platform play is a good thing, as it means you’re in some ways limiting everyone to play at the speed of the weakest system. I’m very interested to hear what Microsoft has to say, and at least it’s a move in a positive direction, unlike the constant attempts at gatekeeping and paywalls like the Epic Games Store and Google’s recently announced Stadia.

We’re at the end of an era for Marvel, who have an uncertain cinematic future now that their main IP is finished at the box office. Fortunately, comic book video games are usually pretty good, and with a solid company like Square Enix at the helm, I’m hoping their upcoming Marvel’s Avengers game will keep up with that tradition of excellence. As the Marvel Ultimate Alliance series is my favorite in the co-op beat em up genre, I’m also excited to see a new entry coming to the Switch this year.

Expect to see news about SE’s Final Fantasy VII remake and DLC for Kingdom Hearts III at their E3 press conference this year as well. All in all, this should be a banner year for the Japanese Giant—Square Enix that is, not Godzilla.

The oddball studio will not quite make it to E3 2019…but apparently, they will be partying hard right across the street from the convention center. Devolver will be revealing 4 games on Sunday June 9 on twitch.

Join us Sunday, June 9 at 7:00PM Pacific for another stupid press conference and a look at four fantastic new games.

What are you looking forward to this year’s E3? Are you excited for something in particular? Tell us in the comments below and stay tuned for more updates. 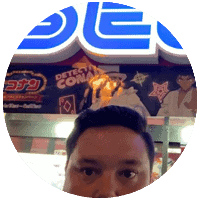