Playing Dead Space Like This Made Me Respect the Necromorphs

What if you or I awoke on Titan station during the Necromorph outbreak? Instead of being able to repurpose a plasma cutter, we would find ourselves often trapped and in close contact with the Necromorphs, our eyes darting around for any object that we could use to put between ourselves and certain death. I decided to try and find out how this would feel.

The thrill of Isaac’s expedition through Titan Station comes, partially, from the broad variety of spaces and the claustrophobia of his encounters with the Necromorphs. Isaac himself is a compelling protagonist because he is not a super soldier or the usual hero type.

Nonetheless, he is the perfect survivor and after several playthroughs of this game, the Necromorphs begin to lose a degree of their menace, mainly because of how capable Isaac is. The panic of these close encounters is somewhat mitigated by the powerful arsenal that Isaac has at his disposal that he is capable of jury-rigging due to his skills as an engineer.

In Dead Space 2 we often witness the frailty of humanity in the face of the primal brutality of the Necromorphs, when we see the defenseless citizens of Titan being slaughtered. However, we don’t often feel so helpless ourselves beyond the tailored opening sequence.

This was the experience I wanted to recreate and so I set myself a challenge: I would not have access to Isaac’s full arsenal; no firearms would be allowed. I would have to rely on his Kinetic and Stasis module, in tandem with good old hand-to-hand combat, the idea is that by limiting Isaac’s tools, we can feel closer to experiencing the danger Necromorphs pose to the population at large.

After matching my ambitions to the reality of the difficulty involved, I resolved to reach chapter six of the game on Survivalist difficulty without firing a single shot.

A note on the rules: The use of firearms is permitted where it is necessary to proceed with the game: i.e. certain boss encounters, ‘quick time’ events, etc.

As Close as It Gets 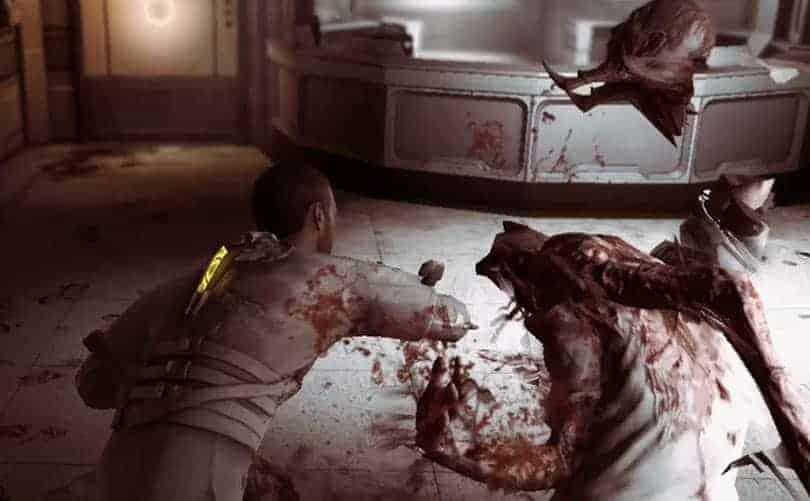 I could already feel the difference as early as Chapter One; I was forced to scramble, flee and adapt to every encounter. New importance is given to movement and placement, something I had not thought very much about on any playthrough.

The general tactics were simple. Start a snowballing effect with the TK module:

Unfortunately, more often than I would have liked, I was overwhelmed by the number of reanimated bodies running at me and I’d be forced to dismember them by hand.

On a regular playthrough, I try my best to take as few hits as possible, by carefully dismantling my enemies before they would have a chance to graze me. This time, I had to get used to my Rig’s health meter being low, as it simply was not possible to complete most confrontations without becoming entangled in spiny appendages of the infected. Isaac’s limping animation became a familiar sight and it perfectly illustrated the vulnerability I felt as I forged ahead.

One of the greatest early challenges came at a point which had always seemed trivial when playing normally: The first encounter with the ‘Pukers’. This was not something I had considered; the ‘Pukers’ can explode upon dismemberment, spraying their vile blood everywhere and causing splash damage to those nearby. This is not ideal; for by the time I had reached them, I was low on health and health packs and only had my fists to defend myself.

What followed was one of the most tactical encounters I have ever experienced in the Dead Space series. My violent victory came after many failed attempts: I ran and retreated through the security gate in the stasis chamber I had just come from. As the first ‘Puker’ approached the door a broom was hurled like a spear. The resulting blow decapitated them and pinned their head to the wall but to my horror, they kept coming. I then threw everything that came to hand, gas canisters, medical trolleys and finally the corpse of an unfortunate victim in a mad panic to stop my assailants. I took my openings and charged at the downed ‘Pukers’ and brutally stomped the life from them.

I was bloodied, low on health and amazed that I had used recycling bins to defend myself but I had made it through my first harrowing encounter – already I could see this challenge increasing the menace of the Necromorph, exactly what I had hoped for when I had set it. In combination with the well-crafted atmosphere and disorientating lighting, my quest was beginning to feel like a nightmare.

It felt more like a mortal struggle than a video game, as each Necromorph was a serious threat to my mortality rather than fodder for my Pulse Rifle. However, there were points at when the challenge became a slog, nothing more than taking a hit from a sprinting Necromorph before beating them to death in response.

Fear is a Teacher

This challenge taught me several creative new ways to defeat enemies, that I had never considered in my many playthroughs of this title. From the onset of the challenge, I knew that exploders, the suicide bombers of the Necromorphs, would be one of my greatest adversaries.

Therefore I was forced to find new ways of dealing with enemies and so with a little ingenuity, I worked them out. By slowing them with stasis and then running close, you could trick them to slowly begin their detonation sequence, whilst having plenty of time to evacuate the blast radius. 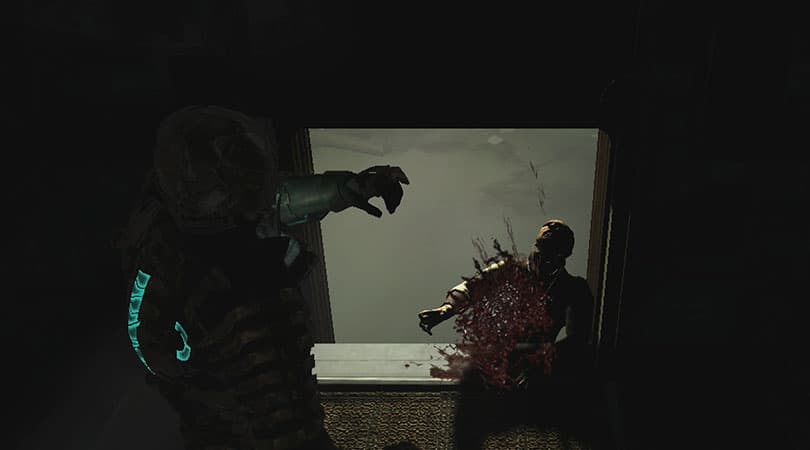 In every major encounter, preparation became a key part and was critical in one of my crowning achievements; the train crash scene. Isaac is on board a metro train as it derails, and the resulting crash leaves him hanging upside down from a wire, whilst Necros close in.

This took me several attempts as I only started the encounter with five throwable poles. They each had to be used wisely, as you have no access to melee while hanging upside down.

I discovered that the key was using the exploders to my advantage; detonating one when he was in the range of his fellows and finally freezing the two last slashers, waiting for the final exploder to catch up and then tanking the ensuing blast that only left myself standing.

Some things were simplified by the removal of firearms; Item management and preservation was essentially a non-issue and I usually had a lot more money because I could sell stacks of ammunition and I didn’t need to spend any on loading up or on weapons. Of course, sometimes this was offset by having to splash credits on much-needed health packs, but I still found myself in the position to splurge on a few power nodes.

When I made it to the area outside the Titan Elementary School I came horrifyingly close with the unnerving ‘Pack’. These howling shock troopers have one tactic: overwhelming their victims with sheer numbers and this provided a serious road bump.

It was here I discovered a gruesome new tactic – throwing a ‘Pack’ member’s corpse at another of the horde is enough to end their tortured existence. My proximity to the ‘Pack’ made this encounter all the more emotive, the truth of their origins brought too close to home.

The Cost of Survival

I managed to beat, pummel and limp my way to the Church of Unitology and the pinnacle of my challenge. At this stage of the game, I usually would feel as though Isaac’s story was just getting started and probably wouldn’t have experienced many issues up to this point. However, on this playthrough, it felt as though it had been a true fight for survival just to make it to Daina’s promised cure. I feared and respected every Necromorph – something I hadn’t felt since my first playthrough.

By the time the Dead Space Trilogy comes to a close, the Necromorphs have essentially overrun all life, with Isaac being one of the only people left. They and the Markers are the single greatest threat to all life in the universe. Yet by destroying thousands upon thousands of Necromorphs throughout the Trilogy, we sometimes forget the overwhelming and horrifying power of these beings and how powerless an innocent would be in this situation. 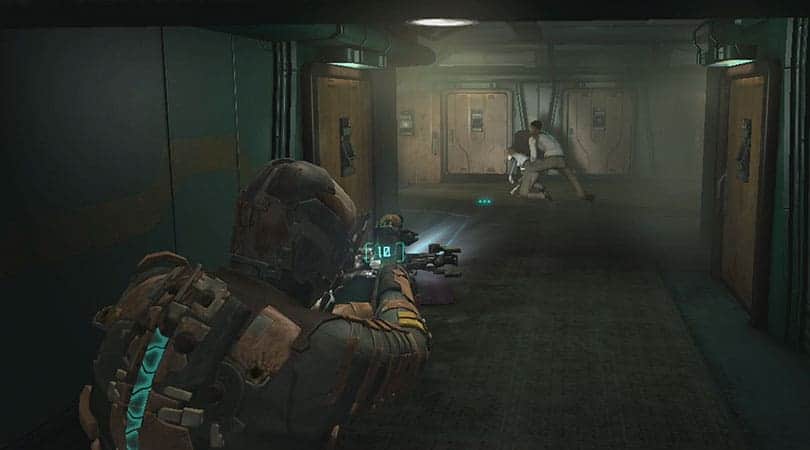 At one point in my quest, I came across a fleeing couple, the woman leaving her infected mother behind. They slip and fall as they stumble away from danger, as Isaac you usually feel apart from these very vulnerable characters. Not this time; in this challenge, I almost felt like one of them. 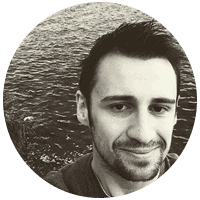 My grandfather was a man way ahead of his generation, owning his first PC in the early ’90s. When I and my sister came to visit he would fire up ‘Rabbit Reader 2’, and I was transported to the world of ‘Wordsville’. Since then my tastes have developed finding myself attached to Lore rich games; the Souls series, Dead Space and any RPG with a good story. For me, Games can be forms of art to be dissected, analyzed and appreciated.