Like the annoying rich kid you grew up with, CD Projekt Red will let you watch them play Cyberpunk 2077, but no, you can’t have a turn.

Ever since CD Projekt Red’s 48-minute video of alpha gameplay footage debuted last year, fans have been anxiously waiting for their own turn to jack in to Cyberpunk 2077. Alas, it seems that we still have a while to wait. They’ll be happy to let you watch them play at E3 2019 in a couple weeks, but as anyone with an older brother knows, there’s absolutely zero chance that you’ll get your own turn.

The Bright Side of Things 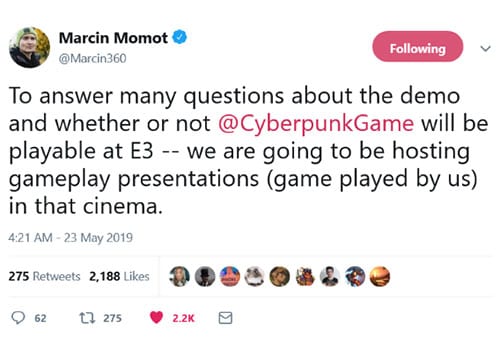 I’ve thought about this for a while now, and I’ve decided that ultimately this is good news. Yes, it’s bad that E3 attendees won’t be able to play a demo of Cyberpunk 2077 for themselves. The presenters will do their best to avoid a blue screen of death moment and will take Cyberpunk 2077 for a nice, easy test drive for the public. Yes, it’s suspicious that they’re having a separate private demo for journos and industry insiders. Everyone invited into CD Projekt Red’s champagne room for lap dances private demo is certain to appreciate the boost to their street cred level and will think long and hard about saying anything negative.

So why is this good news?

Because it means that despite all of their success, they’re still the same old CD Projekt Red that we all know and love. They took some heat for the graphic sex and nudity in The Witcher series, but did they bow under the pressure from the Inquisition like everyone else? No. Pretty much the first scene in the 48-minute gameplay reveal from last year’s E3 has you dragging a fully-naked half-dead woman out of an cyberware-harvesting chop shop (side note: isn’t “cyberware” trademarked by Shadowrun?).

And beyond their well-documented love for the female form, what else is Cd Projekt Red famous for? Not. Releasing. Shit. They will only sell you a complete product. It’s ready when it’s ready – in the case of Cyberpunk 2077, that means close to a decade. 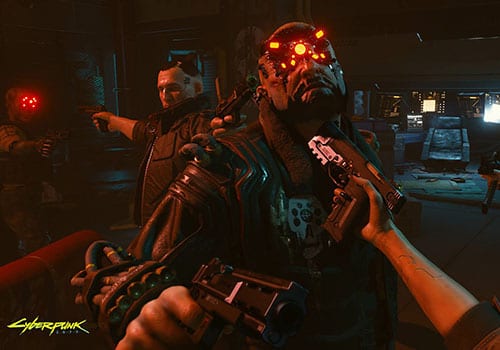 It’ll be interesting to see what, if any, improvements this year’s gameplay demo will have over last year’s demo. It’s a pretty enough game, but I’m worried that it will ultimately be held back by the decision to launch on current-gen consoles. The Xbox One and Playstation 4 are fully into their mid-life crisis stage, and launch-era versions of both don’t compare to where the systems are now. Will we run into a GTA V style situation where Cyberpunk 2077 doesn’t live up to its potential because they’re limited by dated hardware?

It’s especially frustrating considering the rumors that next-gen consoles could be coming as early as next year. We’ve waited this long, what’s another year? Of course, playing on PC will alleviate many concerns about mediocre graphics, but how on earth is a launch-era Xbox One going to handle what CD Projekt Red is promising will be a “seamless open world with no loading screens?”

I’m not sure anyone has the answer to that question, not even the 400 workers that CD Projekt Red has tasked with bringing Cyberpunk 2077 to the finish line.