Check out our list of the best hacking games out there if you’re up for some cyberspace shenanigans.

We’ve all been there. You’ve been sitting at your PC for hours, trying to log in to an old and forgotten account, struggling to remember which of the 17 variations of your password you used for this one, and you think to yourself, “Man, I wish I was an elite hacker, who could just hack my way through all of this.” Then you Google something like “how to hack”, stare aimlessly at the mountain of text presented to you, before forgetting the whole business and going back to Minecraft.

Yeah, for most of us, becoming a genius hacker who can unlock all the cool secret information hidden in our cyber box’s is just a fantasy. But there are some out there who have strived to recreate the experience in video game form. Of course, It’s usually severely simplified and dumbed down, but then again if it wasn’t they would only appeal to like, 5% of us. But still, some of these games can be a lot of fun, and occasionally even make us feel like the dangerous cyber-warrior that we very clearly are not.

So crack your knuckles, tilt your hats backwards, and pretend you know what you’re doing as I tell you about the best hacking games that you can play right now.

Ok, let’s start off with the best. Gunpoint is a game where you play as a dude with mechanical jumpy trousers.

…that’s basically all I have to say, isn’t it? 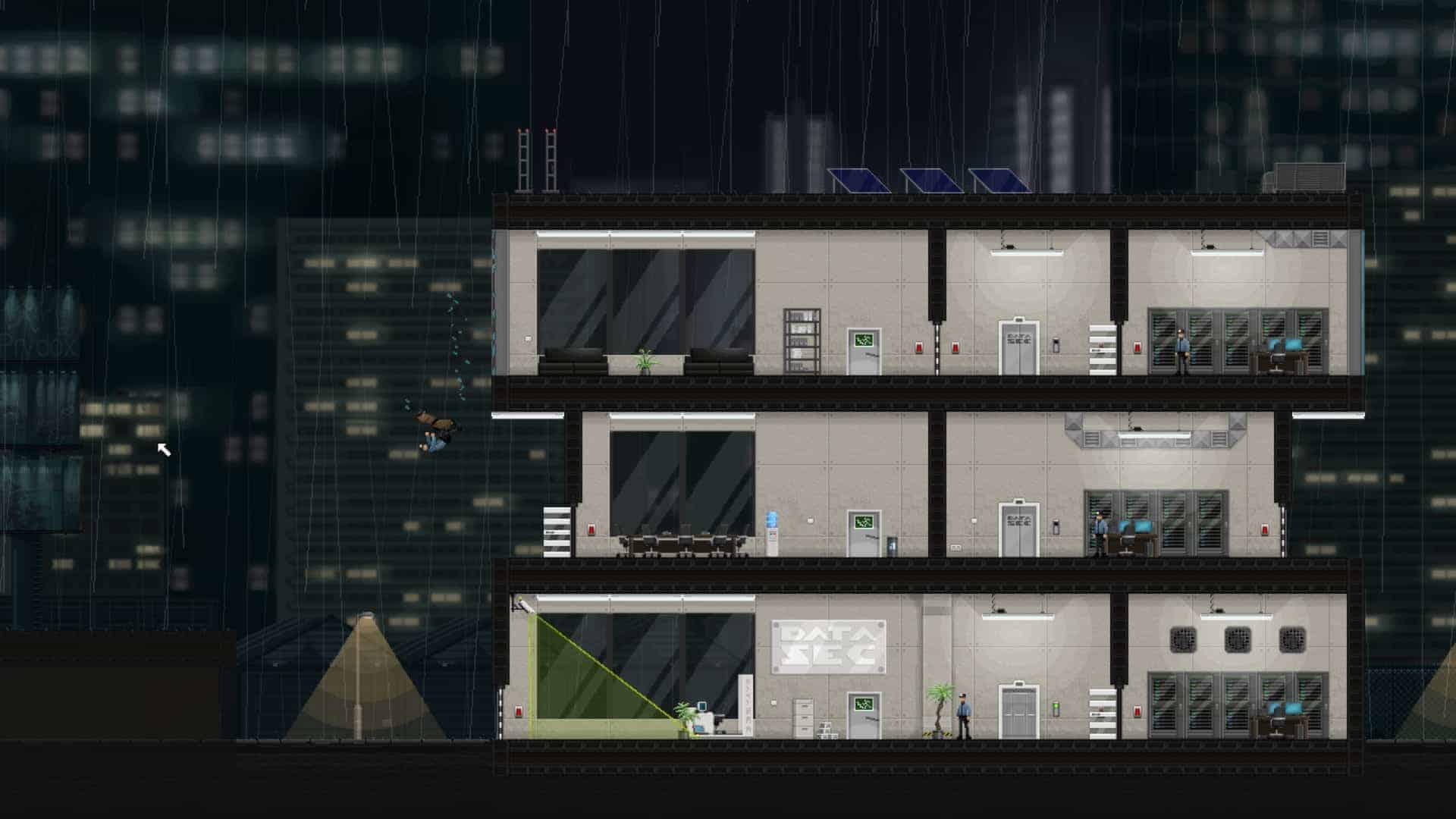 Ok but really, Gunpoint is incredible. It managed to leave a bigger impact on me in 3 hours than most games can in 20. It’s a game about infiltrating buildings, using cool gadgets to hack and sneak your way through, and occasionally jumping out of windows. It’s the perfect blend of smart and stupid gameplay.

You can rewire the lights in a room so they go off when you enter, lure the guard outside, and lock him out with a hacked trap set off by a guard in another room… OR you can drop onto him from the ceiling like Batman, and beat his face into a gooey paste.

And no matter how you handle the situation, it always feels incredibly satisfying. The game gives you so many fun hacking abilities to play with, like rewiring guns, setting electric traps, and going along the ceiling with suction cups like an octopus in a trench coat. It’s a spectacular game with smart and satisfying gameplay. Plus, It’s got quite a lot of variety and replayability for a game that you could probably beat on your lunch break.

Next up on our list of the best hacking games is Quadrilateral Cowboy. Despite the name, Quadrilateral Cowboy is not a game about Cowboy’s or whatever Quadrilateral means. It’s actually a game where you solve puzzles by hacking, programming, and deploying adorable robots. It’s a game made by Blendo Games, the guys who made Thirty Flights of Loving, so naturally, the game looks like it was made by a 5th-grade arts and crafts teacher.

But I don’t think that’s a bad thing. I think a simple and plain art style is good for a game like this where you need to be very aware of your environment to progress. Although, the character models in this game have flat triangle hands, so how they get any typing done is beyond me. 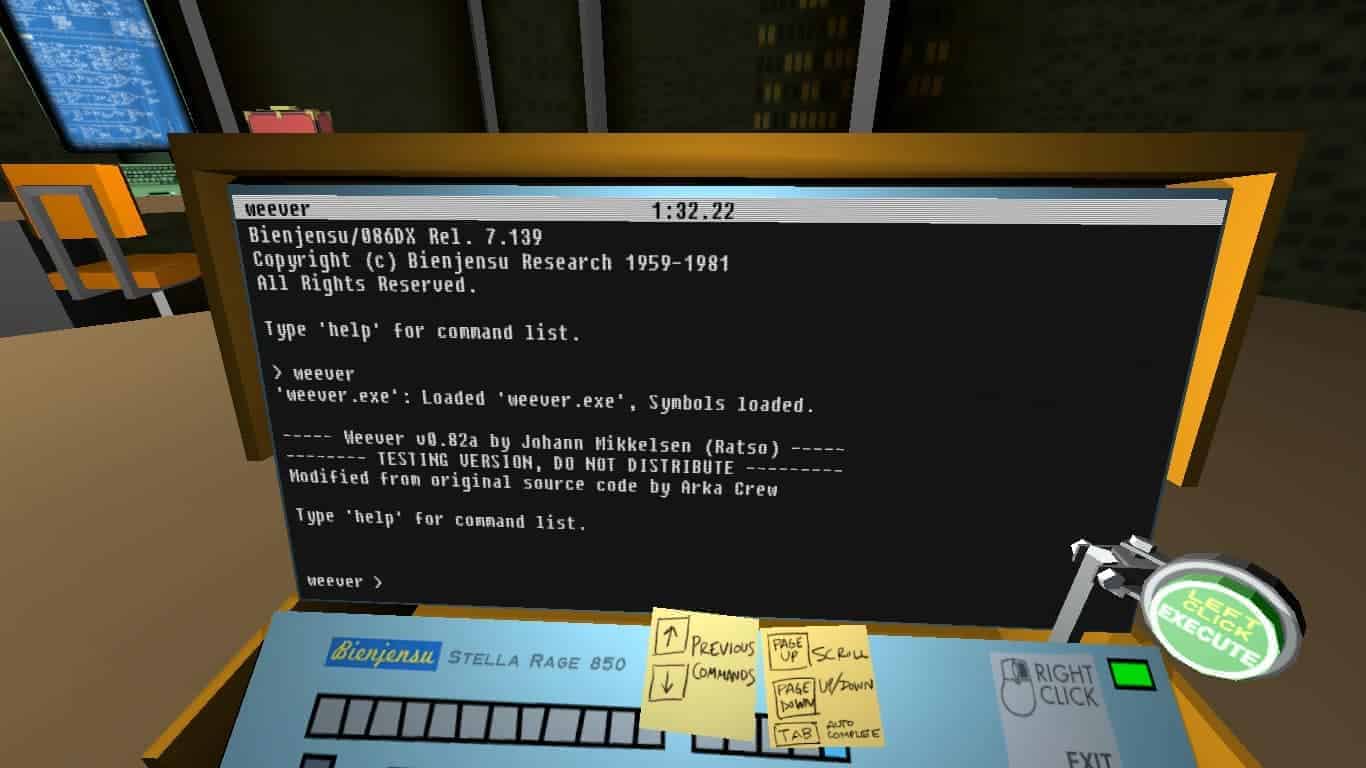 In fact, typing is a lot of what you do in this game, which may sound boring, but it’s really not. The gameplay strikes that sweet spot where it’s not too complicated to figure out, but still makes you feel smart, especially if you’re like me, and you know less about computers than that gif with the old man deleting the Recycle Bin.

The game is weird, unique, satisfying, and definitely worth a look if you don’t mind feeling like an idiot most of the time. Definitely one of the best hacking games out there.

Now here is a game that managed to make me feel like a total and utter moron. Not because of the game itself, it’s just because I honestly didn’t realize the pun of the name before making this list. 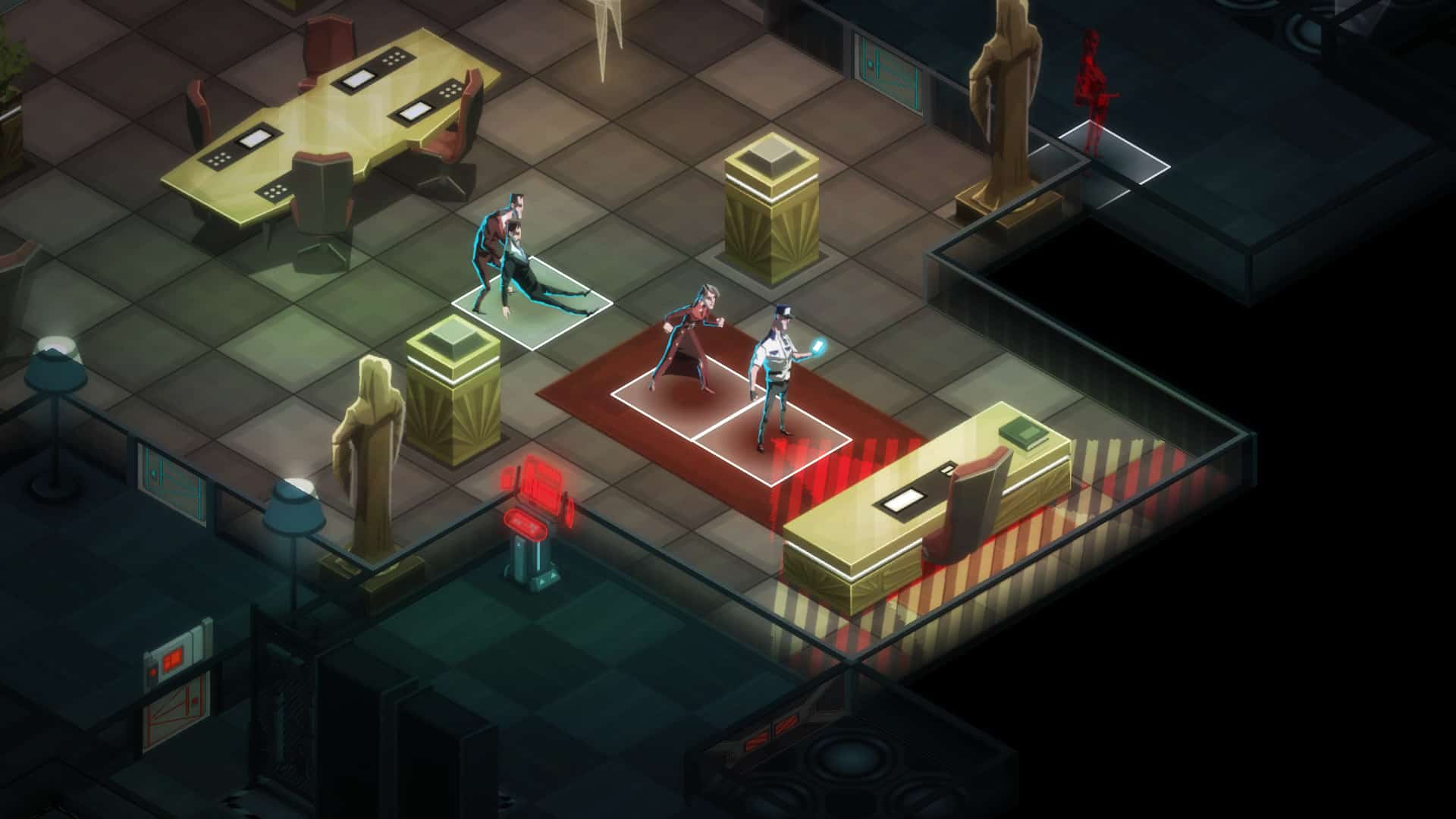 But my own idiocy aside, Invisible, Inc. is pretty damn good. It’s sort of a unique idea, mashing turn-based combat, stealth, and hacking together, but it actually works pretty well. It’s a game that actually makes you feel like a spy, and not in the Goldeneye 007 way, where you murder a bunch of polygonal henchmen, before complaining about Oddjob in the multiplayer.

No, this is full on sneaking and sleuthing, with a mix of fun and fancy gadgets thrown in the mix. You sneak into an enemy base, stun, hack, and bamboozle your way through their defenses, get what you need to get and teleport away before they can even pull their pants back up.

It’s actually really fun, and it turns out that turn-based stealth gameplay isn’t nearly as bad of an idea as it sounds. Plus, the art style is literally perfect for this type of game. Klei likes to use a cell shaded cartoon style for all of their games, and it works beautifully here. Even if it’s not so fitting in some of their other games.

Looking at you, Shank…

Ok, I’ll be honest with you, this isn’t exactly the most “intellectual” hacking game out there. Watch Dogs 2 is less concerned with making you feel smart than it is making you giggle maniacally because you stole $5000 dollars from a brony for no reason. 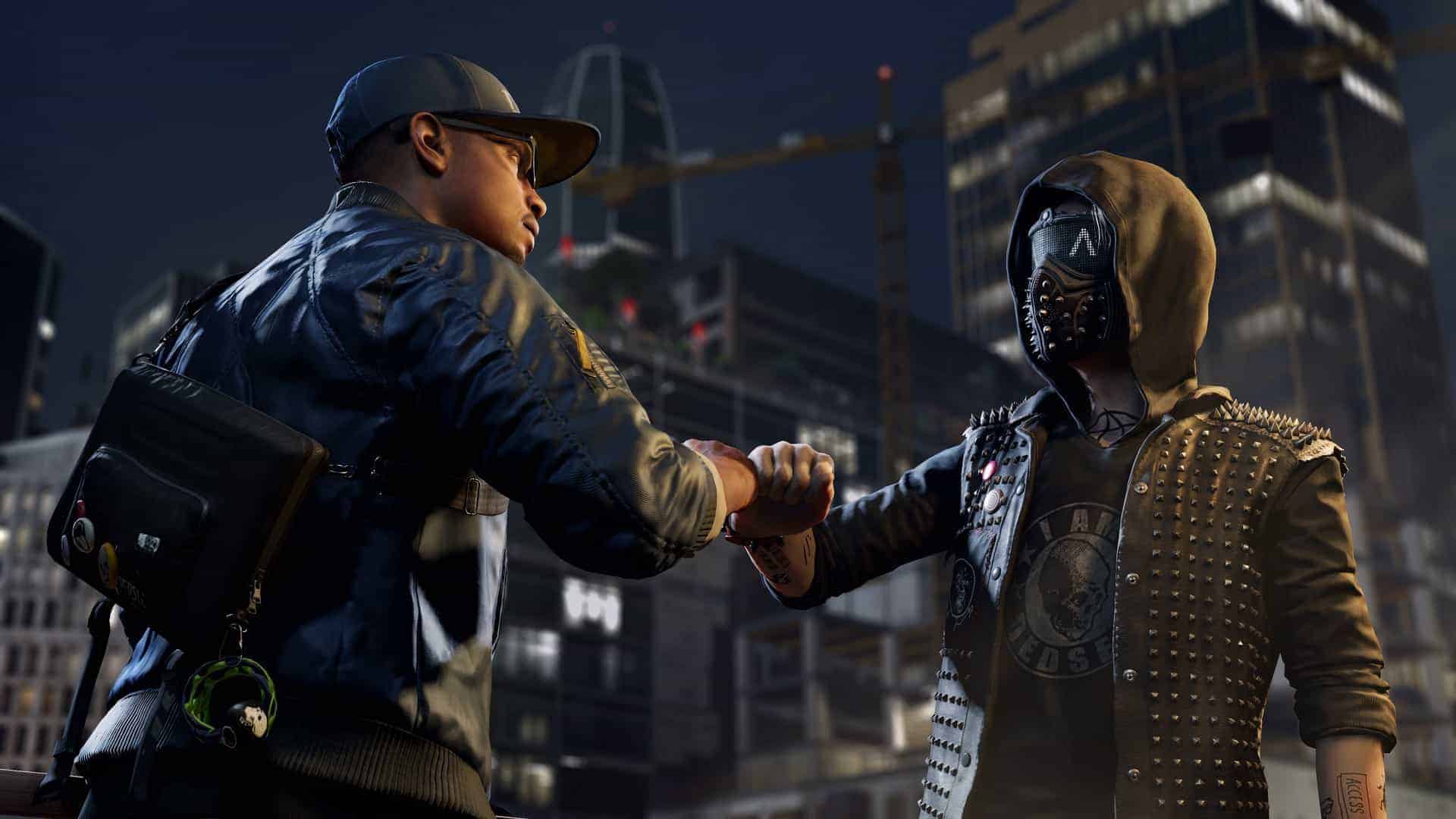 Yeah, the hacking in Watch Dogs 2 may be dumb fun, but it’s still fun. There’s nothing quite as satisfying as infiltrating a gang of thugs, making them lose their minds, and taking them out one by one, using nothing but a mob ile phone and a toy car.

Of course, if you don’t feel like using your brain, you could always just crash in there guns blazing, and blow them all up with your “CTRL-ALT-DELETE Launcher”, because apparently murder isn’t as bad if it’s with a funny weapon…

The option for the deadly approach may make some hacking elitists turn their nose up at the game, but trust me, the hacking is way more satisfying. Plus, Watch Dogs 2 is also a generally good game, with tons of side activities, a beautiful city to explore, and SO much chaos to create.

Kind of hard to play as a “good guy” when you can cause mass riots at the touch of a button. Also, who would’ve thought that after the forgettable Watch Dogs, Ubisoft would pull off one of the best hacking games out there?

You know that really annoying feeling you get when a game on your PC doesn’t work properly and you have to manually fix it? Someone made a game about that. But the crazy thing? It’s actually awesome. 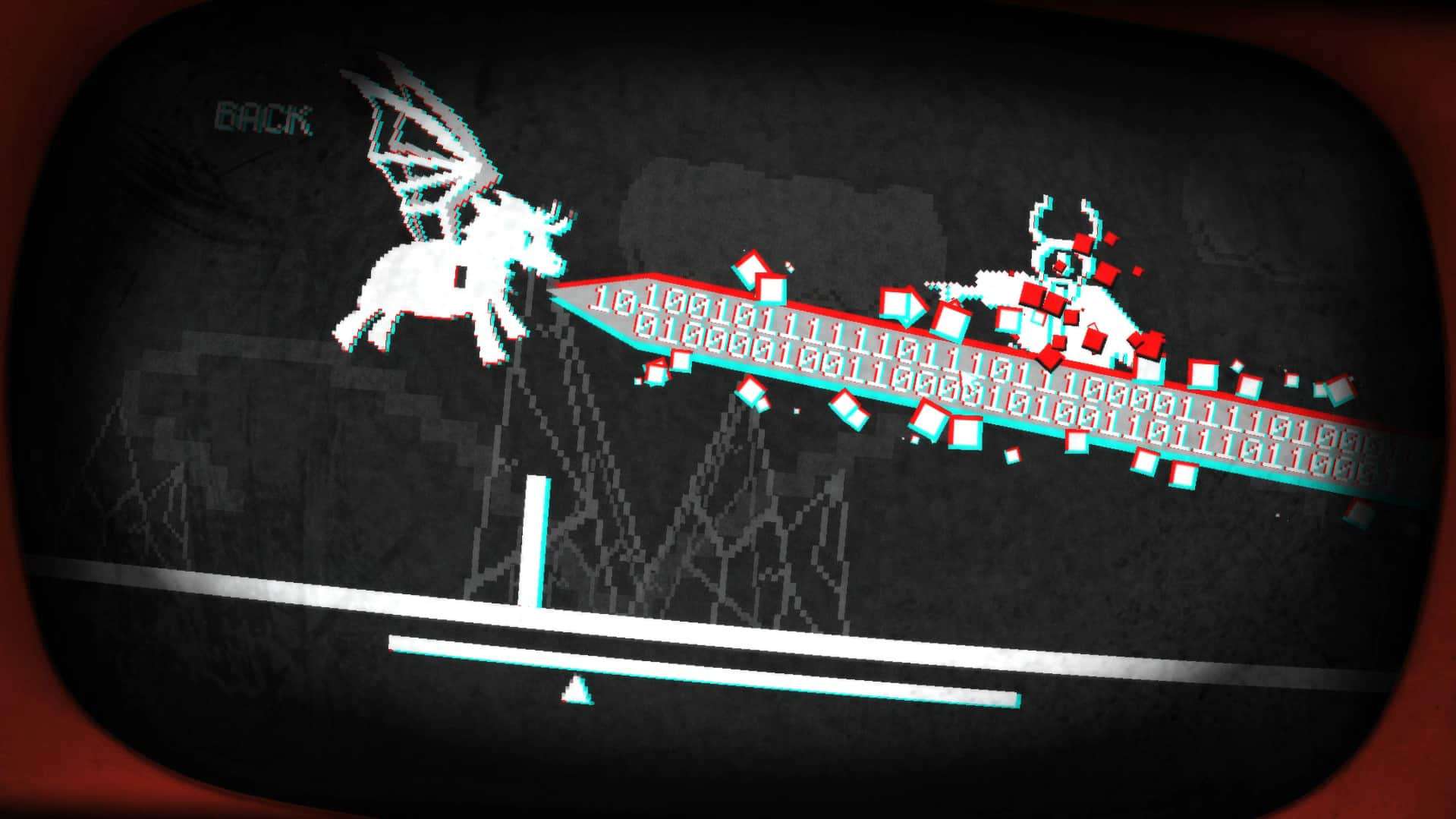 Pony Island is a game about trying to play a game called Pony Island, and if that sentence doesn’t make sense to you, you’re not the only one, trust me. You essentially have to hack into the fictional game’s code to get it to work how you want it to, but the games creator is fighting you at every step.

It’s a very surreal and strange experience, but one I would highly recommend, especially because you could complete the whole thing in less time than it would take you to read this sentence.

It’s another short but sweet game like Gunpoint, but it leaves you thinking about it for a while. The game basically goes back and forth between easy to learn but hard to master hacking games, and blowing things up with a Unicorn that shoots lasers. And the story is presented in a very unique and interesting way that leaves you satisfied if a bit befuddled. So all in all, Pony Island is like chugging maple syrup. It may sound weird, but once you start you just want more.

The first System Shock game is a criminally overlooked classic that really deserves more love. I mean this paved the way for games like Deus Ex, Half-Life, and let’s not forget that we wouldn’t have any of the Bioshock games without it! Can you imagine a world where you couldn’t kill racists with flocks of crows is Bioshock Infinite? Sounds like a shitty world… 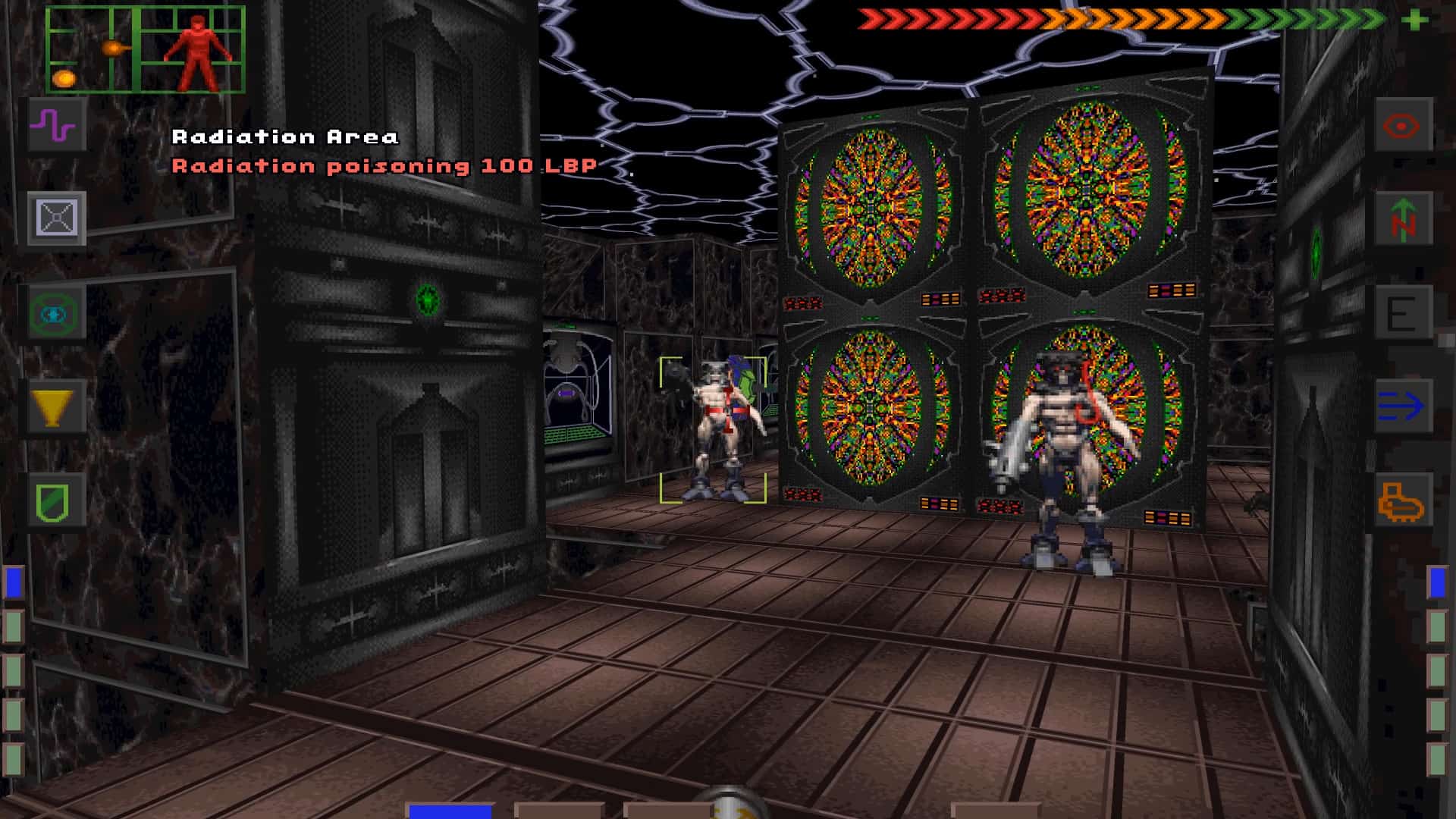 And of course, the original System Shock involved quite a lot of hacking. I mean, it was pretty weird hacking, that kind of reminds me of what people thought the internet was going to be like in the early ’90s, but it was hacking nonetheless. Even though you were just floating around a black void picking up cubes, it was still entertaining in a nonsensical kind of way.

It’s the rest of the game that really shines, though. Exploring a space station, piecing together the story, whacking aliens that look like they’re made out of cardboard.

And even though the visuals and control schemes have dated significantly, it’s still one of the best hacking games, that’s actually getting a remake pretty soon. Although, I think we can all agree it won’t be the same if you can’t swim around the hacking void like an astronaut on acid.

This brings us to the final entry of our list of the best hacking games. Now, this is a pretty unknown gem. In fact, I didn’t even know this game existed before I did research for this list. As it turns out, it’s an Adventure-y, RPG-y, Hack-y type thing, and the third game on this list where the characters look like cardboard. (Although, I don’t think System Shock was intentionally going for that look). 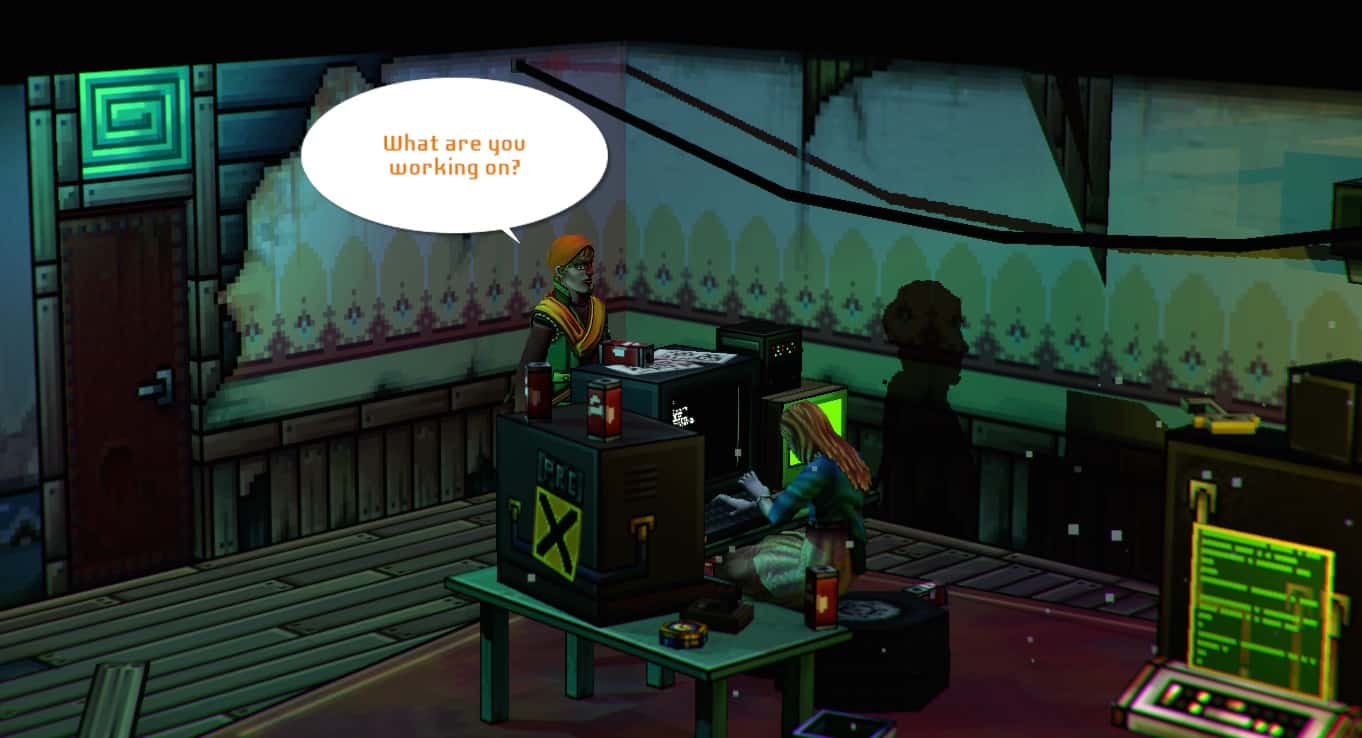 You play as a dude called Sebastian who’s come to a new city only to find himself a nice juicy mystery that he solves through dialogue trees, picking up items, and of course, doing more hacking than a lumberjack.

The hacking in this game is a bit more realistic than usual. It’s not too hard once you get the hang of it, but I can personally vouch for how scary that plain black screen with old school text prompts is when you have no idea what you’re doing.

But it still feels very satisfying to code your way through the various problems the game presents you. And what’s even more impressive is the world that surrounds the gameplay. The city is well designed, the characters are interesting, and a surprisingly good soundtrack that the developers themselves refer to as “delicious”.

…We would get on very well I think.

This concludes our article about the best hacking games that you can play right now. Altough hackers have been a staple of pop culture for a long while now, they’ve been less present in video game than films, TV shows and books. These games come to closest to making you feel like an actual hacker, so if you’re in the mood for some Neuromancer vibes, make sure to check them out.