We Tested and Reviewed the Best Gaming Headsets of 2019

Check out our selection of the best gaming headsets that you can buy right now.

So you’ve bought the best gaming keyboard, the best gaming mouse and threw in a gaming router for good measure. Looks like you’re done. Or are you? Why, and not to get too intrusive or anything, but no, you’re just about done. What you need now is a good gaming headset to complement the gaming rig of your dreams.

Unlike keyboards, mice, and even controllers, gaming headsets have only recently begun to receive the attention they deserve, with the advent of e-sports and this industry, in general, exploding in popularity. While you might get away with a couple of good speakers for playing single-player games, the multiplayer titles of today are built and designed around using headsets.

Just like playing a Dark Souls title with the mouse and keyboard doesn’t feel as natural as playing with a controller, you can’t play, say, Counter-Strike: Global Offensive or Rainbow Six: Siege without a good gaming headset. In a multiplayer game, you need all the spatial and sound awareness that you can get, and gaming headsets are designed to provide just that. Not to mention the fact that by playing a multiplayer game on speakers, you’ll have a serious handicap over the players who use a reliable headset. With that being said, here’s a list of the best gaming headsets that you can buy right now. 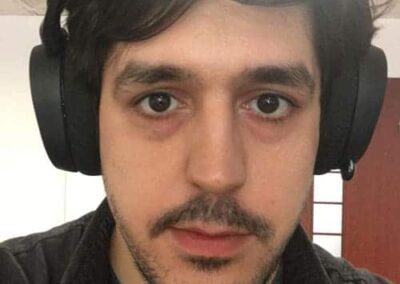 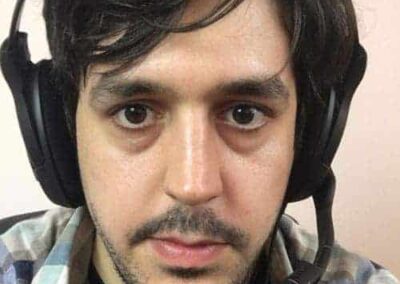 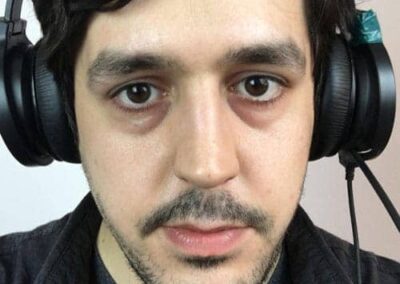 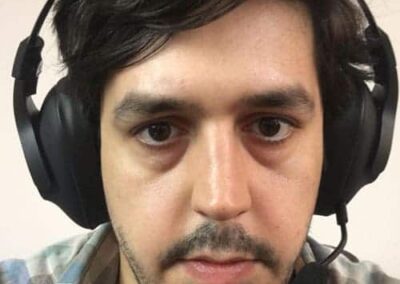 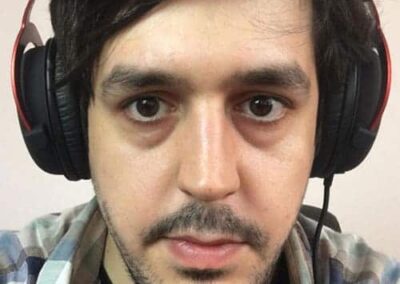 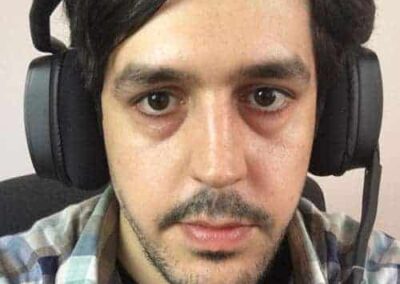 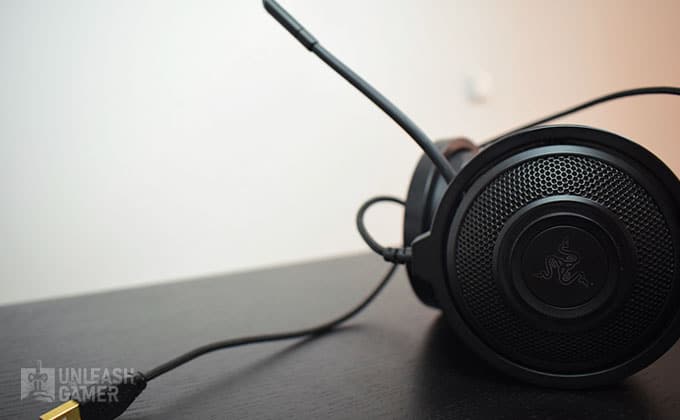 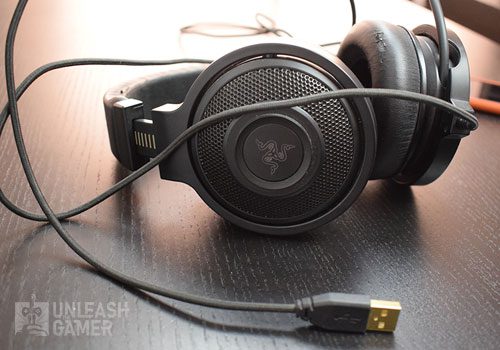 Razer has been a household name in the gaming market for some time now, but they’ve begun to go off-track in the last few years. While their products are still dominating the top echelons of the gaming peripheral market, they’re not what they used to be.

While, as of 2019, I’d be hard-pressed to recommend Razer products with the same fervor and enthusiasm as, say, five years ago, one thing that I can’t deny is that when they do manage to deliver an excellent product, I’m a bit more optimistic about the company’s future. One such example is the Razer Kraken 7.1 Chroma.

The Kraken 7.1 has all the makings of a Razer product: the quirky name referencing a mythological being and the sleek, game-y design. The design in particular is to be appreciated here, as it’s clear from the get-go that the manufacturers focused on making this headset as compact and sturdy as possible.

In terms of performance, the Razer Kraken 7.1 doesn’t disappoint. The sound quality here is one of the best you’ll find, boasting excellent sound isolation, which is pretty useful if you happen to live in a busy household. They could’ve worked more on improving the comfort, but oh well, what are you gonna do? But even though it lags behind in terms of comfort (check our full review for more details on that), it’s still one of the best gaming headsets out there. 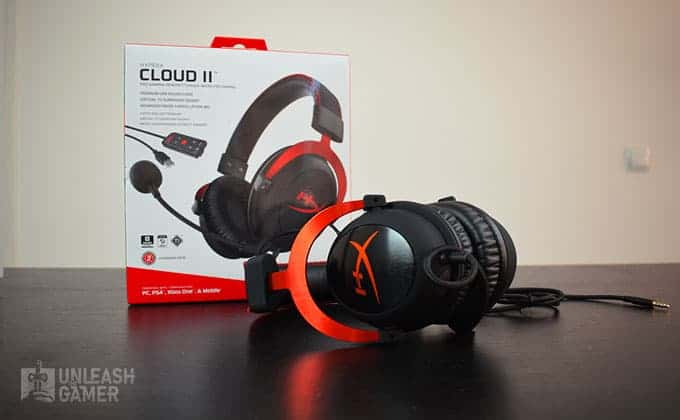 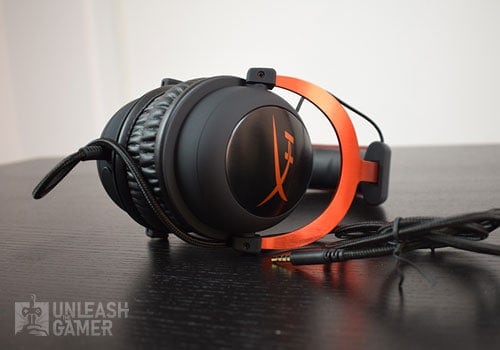 The best way to describe The HyperX Cloud II Pro is ‘’good bang for your buck’’. Kingston is known for delivering excellent mid-range gaming peripherals with tons of useful features and good ergonomics, and this particular model is no exception.

The HyperX Cloud II Pro boasts a sleek, black and red colored design with metal parts. It looks game-y and high-tech without having the flashiness and tackiness of other gaming products. The band, which is made of squishy foam, deserves special praise here for how nice it feels on top of the head. The package contains two replacements muffs that are made out of velvet, which look very nice and stylish.

Performance-wise, the HyperX Cloud II delivers in spades. The game sounds come through excellently, both with and without the 7.1 surrounds sound micro soundboard. The soundboard, officially called the Advanced Audio Control Box, will boost the treble and muffle the mids, which can be especially useful in games, but not for music.

All in all, the HyperX II Cloud are a sound choice, especially for the price point. Their biggest issue is the wires which, due to their placement, are at risk of getting torn-off after a few years. Other than that, The Hyper X Cloud II pro are a good bang for your buck. 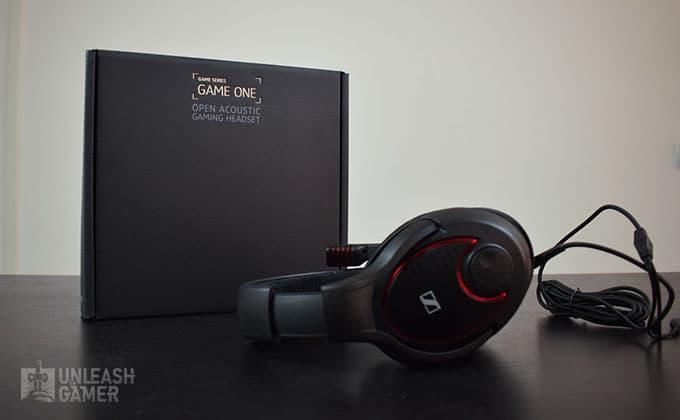 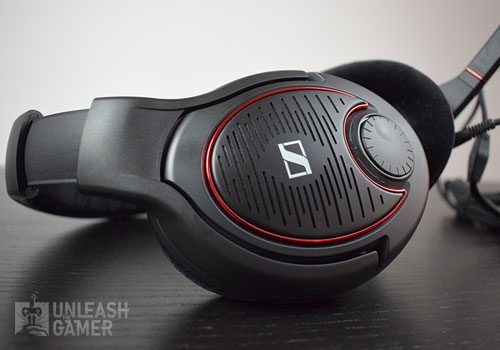 Though a huge name in the audiophile market, Sennheiser isn’t amongst the first brands you would consider when choosing a gaming headset. As it turns out, Sennheiser entered the gaming market at the right time.

I wouldn’t describe the Sennheiser Game One as a gaming headset per se, rather an interesting hybrid that takes the best elements from gaming and audiophile headsets and combines them flawlessly. The defining characteristic of the Sennheiser Game One is, without a doubt, the open-back design. An open-back design makes for an ‘’airy’’, more natural sound- less like music in your head, and more like music in a room, as Forbes put it.

The Sennheiser Game One take full advantage of this technology, creating a realistic and incredibly textured soundscape that will make you feel like you are right there, be it in the middle of a battle, or a studio. And yes, these headphones are great for music as well. The downside? Everybody hears what you’re listening too. But that’s a small price to pay for what the Game One offers. 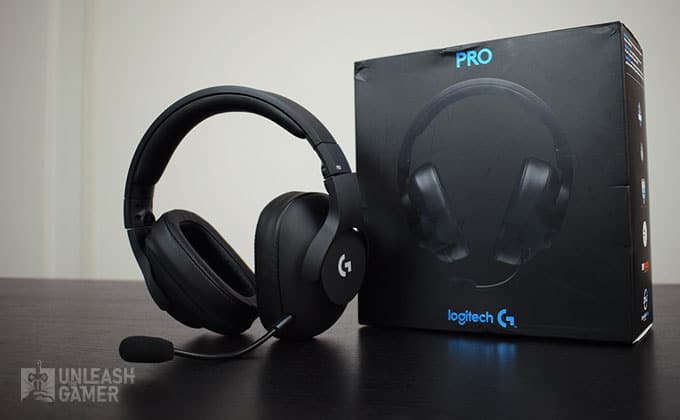 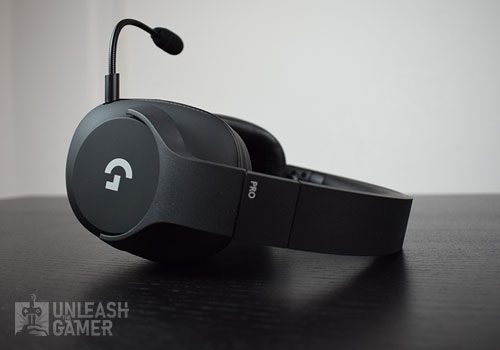 Does a good pair of gaming headsets really make a difference? The answer is a resounding ‘’yes’’. In fact, the Logitech G Pro was created through a collaborative effort between the manufacturers and several pro gamers. The result is a basic, stripped down, no-nonsense commercial version of what a pro gamer would use during tournaments.

This headset’s pro-gamer pedigree is evident as soon as you open the box. The design, much like everything else about this headset, has that ‘’no-nonsense’’ approach that Logitech is renown for.

Performance-wise, Logitech G Pro performs flawlessly. The microphone deserves special praise here. Besides being removable – again, thumbs up for this -it’s undoubtedly on par with pro-grade mics. The sound quality of the voice is excellent and pleasantly textured.

The package contains two sets of pads made of faux leather – microsuede, and leatherette. While the suede ones are fine, the leatherette ones mold and feel better against the head. Although they weigh roughly 260 grams, these headsets are quite sturdy and stay firmly in place. Overall, the Logitech G Pro is perfect if you are looking for a pro-gamer experience stripped down to its bare essentials, and at a decent price. 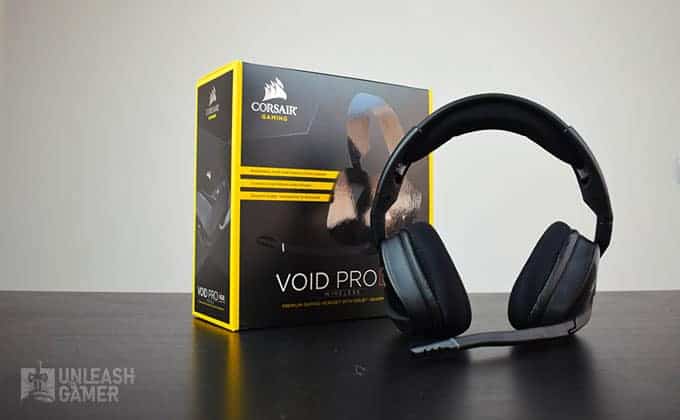 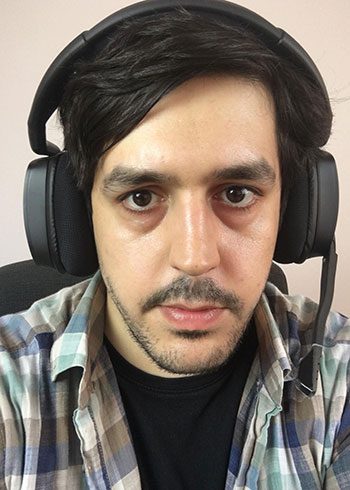 The Corsair Void Pro, which is essentially a follow-up to Corsair’s Void RGB headsets, deserves to be included in an all-time roundup of the best gaming headsets. Simply put, there are few other headsets that feel as comfortable and intuitive to use as these ones.

Corsair markets the Void Pro RGB as a premium headset, and judging by the design, it’s easy to see why. The Corsair Void Pro are both sturdy and comfortable, featuring padded ear-cups and band and metal pillars. The padding alone deserves special praise, as the memory foam/microfibre combo makes them extremely comfortable even after extended gaming sessions.

On the left side of the headset sits a mic that can be lowered and raised. Pretty standard, right? Well, yeah, except that lowering and raising the microphone turns the mic on and off. I also love the fact that the headset alerts you via sound when the mic is raised and lowered, so you know on a whim when the sound is on and off.

The Corsair Void Pro creates a soundscape equaled only by the Arctis 7 pro. The guttural death rattles of Yharnam citizens from Bloodborne and the Leshen screams from Witcher 3 felt more immersive as ever. Overall, the Corsair Void Pro is an excellent choice if you’re looking for a comfortable gaming headset with neat features and attention to detail. 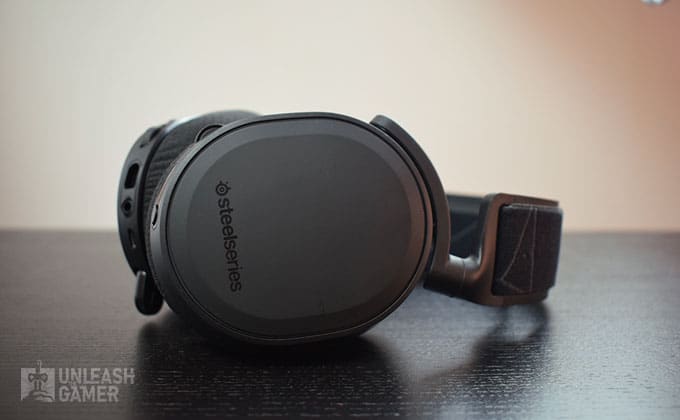 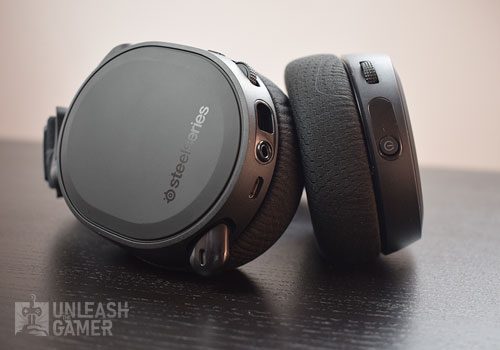 This brings us to the final entry of your list, the SteelSeries Arctis 7 Pro. This headset has been praised by journalists, casual and pro gamers alike as one of the best, if not the best, product of this type ever released. Are they really worthy of all that praise? Well, yes. Yes, they are.

Out of all the gaming headsets, these are, unarguably, the most comfortable that you can currently find on the market. One of the biggest problems that manufacturers encounter is balancing comfort versus sound isolation. More specifically, the very things that make sound isolation possible – the muffs and isolation materials – can contribute to an uncomfortable experience.

Somehow, SteelSeries managed to achieve that tricky balance by covering the muffs in soft fabric that gently brushes against the skin instead of sticking to it, keeping the pressure against the head at a minimum, while the oval shape of the muffs ensures that your ears are completely covered. The comfort level is greatly enhanced by the ergonomic headband, which takes the shape of your head.

When it comes to performance, the SteelSeries Arctis 7 is well worth the price. The placement of the buttons on the cups, the high battery life (24 hours), the ability to use them both wired and wireless, the excellent sound isolation and the flexible controls deserve special praise. Simply put, the SteelSeries Arctis 7 Pro is one of the best gaming headsets that money can buy.

This concludes our round-up of the best gaming headsets that you can buy right now. In this day and age, owning a good gaming headset is as important to the overall quality of the experience such as a good gaming keyboard or a mouse, especially if you play a lot of multiplayer games. So, if you are in the process of building a gaming rig or you already did that and there’s nothing else left to buy, make sure to give one of these headsets a shot.