S peedrunning has pretty much become integral to gaming culture, and so has raising money for charitable causes. Combine these two things and things go wild, because the participants are not only competing against each other for the sake of doing it, they’re competing to raise as much money as possible for a noble cause.

The enormous sum was raised with the help of more than 46,000 persons and organizations. The largest single gift totaled $10,000 dollars, with 180 persons donating $1,000 or more. The numbers become even more staggering when put in context – Awesome Done Quick, together with its companion event Summer Games Done Quick, have raised more than $19 million for various charitable causes, which include Doctors Without Borders, as well as the Organization for Autism Research and Care.

Thank you to everyone for supporting this event. We honestly couldn't have done it without you.

Awesome Games Done Quick surpassed the $2 million as the Super Mario Odyssey ‘’Darker Side’’ run was approaching its final minutes. Near the end, chat was prompted to begin a $5 donation train. As it happens when you prompt the internet to do, well, anything, things went way overboard – starting from $1.86 million, the total went way past $2 million before the Super Metroid ‘’Reverse Boss Order’’ even began.

As for the games, speedrunners took the stage to beat games like Castlevania: Symphony of the Night, The Legend of Zelda: Majora’s Mask and Bloodborne as quickly as they could. Viewers could bid money on certain challenges they wanted to see completed on screen or simply donate money and enjoy the show.

Participants either attempted to complete the games as quickly as they could, or undergo various challenges involving boss rushes and other highly specific tasks. Notable speedruns during this year’s edition include a Reverse Boss Rush Order completed in 1:06:02 by ShinyZeni, and a true Ending Hollow Knight run in 1:27:57.

Other speedrunners could exploit certain glitches to skip over parts of the game to save time. One speedrunner even played Final Fantasy IX blindfolded, which was pretty crazy to watch,  so you could say the event contained something for every type of viewer. For more highlights, do check out the list garnered by Reddit user u/Kruulos.

The next speedrunning event, Summer Games Done Quick, will take place from June 23-30, so expect even crazier gaming feats. 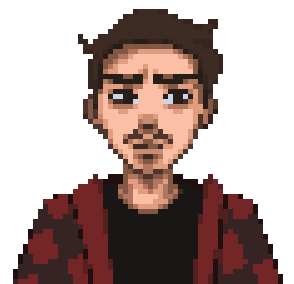 Check out our complete guide for the Hollow Marshes of Divinity Original Sin 2, in the Fort Joy area. All secrets, quests, and locations!